As AmEx Recovers From Covid’s Impact, Its Vital T&E Market Stages a Comeback in ‘Layers’

At the same time, AmEx is pushing forward with its initiative in China, with more than 14 million merchants signed in that market eight months after the company received clearance to operate there, Squeri reported. And the integration of Kabbage, a business-lending fintech the company acquired last year, remains a high priority. Squeri said he expects the deal to result in business-checking and working-capital products for AmEx clients.

But the company underscored above all its first-quarter rebound from a year in which Covid concerns and restrictions ravaged its vital travel-and-entertainment market. Total network volume for the quarter came to $269 billion, down 8% from 2020’s first quarter. But that dip represented an improvement from the more than 15% drop in the fourth quarter, which lapped the last full quarter before Covid effects set in.

“We saw continued recovery across all of our volumes,” noted chief financial officer Jeff Campbell during the presentation. “There are clear signs of volume momentum we feel good about.” Among these is a recovery in consumer travel and entertainment, which is “largely back to where it was pre-pandemic,” Campbell said. Business travel, though, remains weak. “When travel comes back, it comes back in layers—it’s consumer, then [small and medium size companies], then corporates,” Campbell said.

Squeri added that the key to corporate travel lies in the re-opening of company buildings. “The first thing people have to do is get back into their offices,” he said, adding that New York City-based AmEx isn’t reopening until after Labor Day. “It’s going to be slow, which is why we haven’t assumed a lot of corporate T&E coming back [this year].” Instead, he told the analysts, AmEx expects in 2022 to hit the earnings-per-share targets it had originally set for 2020.

Clearly, however, AmEx is looking for a big boost from its China venture. “We expect that volume to be very significant,” Squeri said, adding that the company will issue debit cards in that market along with its traditional charge and credit cards.

For the quarter, AmEx recorded $9.06 billion in revenue, down 12% from 2020’s first quarter. The contrast in net income, however, was stark, with the first quarter logging $2.24 billion, compared to $367 million a year ago.

Discount revenue—the fees AmEx earns from merchant acceptance—came to $5.24 billion, down 10%. This key channel accounts for fully 58% of the company’s total revenue. The company’s average discount rate is now 2.26%, down from 2.34% in the first quarter last year but up a tick from 2.25% in the fourth quarter. 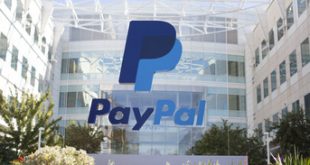 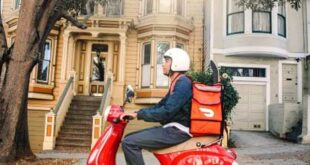