A day long dreaded by the U.S. payments industry came and went on Monday with little fanfare and not much more gnashing of teeth. The Consumer Financial Protection Bureau’s voluminous prepaid card rule finally took effect with sweeping provisions governing matters ranging from fee disclosures to error-resolution rights to consumers’ access to their accounts. But issuers of prepaid cards and digital wallets have had time to adjust to the CFPB’s rule, which a hostile Congress once tried to quash under the Congressional Review Act, and are now more or less sanguine about its many provisions.

“Are there things in the rule we’d like to see changed? Yes, but what we have now is what the industry will kind of live with for the time being,” says Ben Jackson, chief operating officer of the Innovative Payments Association, a Washington, D.C.-based trade group for the prepaid industry.

The biggest issue now that the 1,600-page rule has taken effect is to make consumer disclosures compliant, for example on card packaging, according to Jackson. And even that may not be a big deal. “Most people are pretty well prepared for that,” he notes. Adds C. Sue Brown, director for the prepaid advisory service at Mercator Advisory Group, a financial-services consultancy in Maynard, Mass.: “I haven’t heard of anybody having to destroy a lot of card stock” because of non-compliant language. 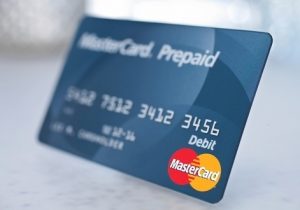 But while the $700-billion U.S. prepaid industry may be more or less blasé about the prepaid rule now, that could change in the coming weeks as it makes itself felt, Brown warns. “We’ll see in a month or so. The industry is putting it to the test,” she says.

One significant adjustment now falls on the backs of digital-wallet providers like PayPal Holdings Inc., Alphabet Inc., and Apple Inc., Jackson points out. Wallets are covered by the rule if they store funds for prepaid products. “The biggest risk will come for fintechs who tried to pretend they’re nonfinancial companies,” he says. But if consumers store funds in a Venmo or a Google Pay account, the CFPB will consider the wallet to be subject to its regulations. “The CFPB did say if the consumer perceives your product as a prepaid product, it’s a prepaid product,” says Jackson.

Indeed, it’s what might be lurking in the syntax of all those pages that concerns the prepaid business most right now, according to the IPA. “Where people are concerned is that’s a really big rule with a lot of moving parts,” says Jackson. “Could there be a gotcha in there?”

To be sure, issuers, card companies, program managers, and wallet purveyors have had plenty of time to plumb the depths of those pages. The CFPB first began planning for a consumer-protection regulation in the prepaid business as long ago as 2012, and issued a proposed rule in the fall of 2014. After taking comments, the bureau issued its final rule two years later, but amended it twice and also extended its effective date a couple of times.

In the meantime, a Republican administration widely seen as hostile to the rule came to power, leading to that failed effort in Congress to scupper the rule.

The prepaid rule extends consumer protections for prepaid accounts under Regulation E, which implements the Electronic Funds Transfer Act, and under Regulation Z, which does the same for the Truth in Lending Act.

Payment-platform provider Dwolla and Infinicept, a Denver-based firm that specializes in embedded payments, are teaming …