Return Fraud Is a Source of Increasing Worry for Retailers

The findings come from the Washington, D.C.-based National Retail Federation’s newly released National Retail Security Survey. Some 42.9% of respondents said in-store only sales are seeing the most increases in fraud, while 30.2% cited online-only sales. Multi-channel sales, including buy online/pick up in store purchases, were cited by 22.2% of respondents as the source of the biggest increase in fraud. 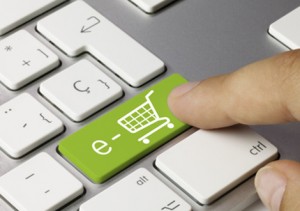 The NRF’s 28th annual security survey was done in February and March with the assistance of the University of Florida. Some 63 loss-prevention and asset-protection executives responded representing firms with fewer than 50 stores to more than 2,000.

Other findings indicate the relatively new phenomenon of buying online and picking up the purchased item in a store is a growing source of worry for retailers. Regarding whether five types of risks and threats were more or less of a priority for their organization than they were five years ago, 12.7% of respondents said much more and 38.1% said somewhat more when asked about return fraud, which includes fraud from buying online and picking up in the store. On a similar note, 17.5% of respondents said e-commerce fraud was much more of a priority than it was five years ago and 47.6% said somewhat more.

The survey says the average retail shrinkage rate—the loss of inventory from shoplifting, robbery, employee theft, fraud, and other factors—was 1.38% for fiscal year 2018, in line with annual averages since 2014. Extrapolated industrywide, the 2018 rate translates into $50.6 billion in losses, according to the NRF. Larger retailers, those with more than 500 stores, had an average shrinkage rate of 1.81% last year, twice the 0.9% rate for merchants with 500 or fewer stores.

Meanwhile, the findings indicate that many retailers haven’t fully integrated their loss-prevention and online operations. Some 30.2% of the loss-prevention respondents answered “rarely” when asked “how often are you involved in your organization’s cybersecurity issues,” and 9.5% said “never.”

Share
Previous With the New Common Buy Button, Don’t Look for a Payoff Any Time Soon, a New Report Warns
Next Sterling Card Acquired and other Digital Transactions News briefs from 6/11/19

ActiveCampaign, a customer-experience automation provider, is teaming with Stripe Inc. and PayPal Holdings Inc. to …