PayPal remains by far the most popular digital wallet with U.S. consumers, but Apple Pay has gained the most since 2017’s third quarter, according to recent findings from technology research firm 451 Research.

New York City-based 451’s Voice of the Connected Consumer survey asks consumers about their usage of 15 digital wallets to make a purchase within the preceding 90 days. The survey for 2018’s second quarter found that 66.9% of respondents had used the wallet from San Jose, Calif.-based PayPal Holdings Inc. to buy something, slightly lower than the 67.5% who reported using PayPal in last year’s third quarter. 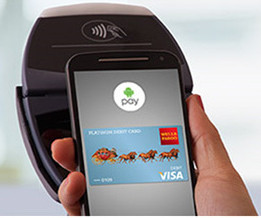 Apple Inc.’s Apple Pay solidified its second-place position, with 30.5% of respondents using it in the second quarter, up 6.3 percentage points from 24.2% in 2017’s third quarter.

Apple “has done a good job on the awareness front,” analyst Jordan McKee, a research director at 451, tells Digital Transactions News. He adds that Apple has been “pretty aggressive in partnerships” with merchants. “Merchants are very quick to want to align with the Apple brand.”

The recent 451 survey uncovered diverging usage of Samsung Pay and Google Pay, formerly known as Android Pay. Both services are grounded in Google’s Android mobile-operating system. Some 10.4% of second-quarter respondents had used Samsung Pay, a 3.7 percentage-point gain in nine months from 6.7%. In contrast, Google Pay slipped from 15% to 12.9% in the same period.

“It’s interesting to see Samsung Pay and Android Pay going in opposite directions,” says McKee. “You can tell there’s some pretty good competition between the primary wallet platforms that exist within the Android operating system.”

Although today’s Google Pay represents a succession of rebrandings and mobile-payment service changes that some observers have said could be confusing to consumers, McKee attributes its decline less to anything Google has done and more to the “positive result of what Samsung has done” in promoting its payment service. That includes advertising in a variety of channels and a rewards program that enables users to accumulate more points at a greater rate for products from the mobile-phone and consumer-electronics giant the more they spend with Samsung Pay. “It’s all tied into the Samsung ecosystem,” he says.

Samsung, which did not respond to a Digital Transactions News request for comment, in August said its 3-year-old payment service has processed 1.3 billion transactions since its launch. Also last month, a Google executive said the many changes at Google Pay over the past year will make mobile payments easier and more attractive for merchants and consumers alike.

Perhaps the most surprising result in 451’s latest survey was the gain by Wells Fargo & Co.’s mobile wallet. A mere 1.8% of respondents in the third-quarter 2017 survey reported having used the San Francisco-based big bank’s wallet for a purchase, but usage ballooned to 6.7% in the new poll.

“I was pretty surprised to see that,” says McKee. The increase is the likely result of heavy promotion among Wells’s large mobile-banking customer base that has included a $10 statement credit for usage, he says.

Share
Previous Xoom Makes Oxxo Pact and other Digital Transactions News briefs from 9/7/18
Next Data Breaches Register on the Stock Market, Too, And Payments Firms Are Hardest Hit