The pandemic accelerated developing trends at the point of sale. POS vendors that have mastered hardware, software, and processing could be best positioned to benefit.

When the novel coronavirus struck in March, it drove consumers into their homes, leading to a surge in e-commerce spending. Brick-and-mortar merchants soon learned the arts behind contactless payments as virus-shy customers shunned keypads.

And dealing in cash became decidedly unwelcome. Only 8% of merchants equipped by Square Inc. were “effectively cashless” as of March 1, just before the pandemic struck, according to David Talach, Square’s head of payments. By April 23, just 54 days later, that number was 31%.

But Covid-19 has underscored other, even more deepseated, lessons, as well. A big one is that POS technology that can integrate with accounting software, online shopping carts, and marketing systems confers a big advantage when dealing with a twitchy, stuck-at-home customer whose patience has worn thin.

Another, even bigger, one is that it really makes a difference when a multipart transaction can offer the customer one simple experience instead of multiple, disjointed steps. In this way, customers interacting with a merchant online, at the store, via mobile app, on social media, get the same no-fuss, no-muss treatment, with the same messaging, the same payment offerings.

That’s not only a magnet for customers, it’s also essential when the physical store isn’t available. POS technologists who were sussing out the hardware and software for this before March are really hard at it now, with several pressing questions driving them.

For example, “How can I seamlessly move from card-present to card-not-present?” asks Ellen Linardi, rhetorically. “How can I be able to stand up an e-commerce store, or allow purchase online and return in store, with the business shut down because of Covid?” Linardi is head of product for Clover Network Inc., a POS technology firm that is part of Fiserv Inc.

That’s neither easy nor cheap to pull off. But it was a trend before the pandemic, and now it’s on fire. Indeed, to one extent or another, “every small business is in some way an omnichannel merchant now,” says Derek Webster, founder and chief executive at CardFlight Inc., a POS technology provider.

That could be a bit more aspirational than real as things stand, but it represents the next big market for companies that at one time simply styled themselves as POS terminal makers. That market may seem worlds away now, but none of these companies is standing pat.

Now, with the lessons of the last several months in hand, the market is rewarding providers that can combine hardware with software and processing. Look what happened early last month when Shift4 Payments Inc. went public. It priced its offering at $23 per share, but as soon as the bell rang the stock soared to $33. Almost two weeks later, it was trading at nearly $40.

Some observers aren’t surprised. Stores need hardware, but they also need software and processing capability to tie together disparate shopping and payment venues, everything from the storefront to the Facebook store.

A single platform for accounting, data analytics, and processing, “is where the value is,” notes Jared Drieling, senior director of consulting and market intelligence at The Strawhecker Group, an Omaha-based advisory firm.

Shift4 isn’t alone. POS hardware firms saw this advantage years before the pandemic, but now there’s urgency to move faster. For some vendors, it could be a matter of survival.

“One-off, standalone, or non-integrated POS systems will struggle to adapt, while integrated ecosystems will become commonplace,” notes Square’s Talach. “For example, if the POS system comes well-integrated with an online store, a business can be up and running with curbside pickup and other types of consumer-centric experiences in a matter of hours or less.”

It doesn’t hurt that combining software and processing can offer an attractive recurring-revenue stream, what the industry refers to as an “annuity.” That provides a handy insurance policy against a slump in sales, which at least partly explains such deals as French processor Worldline S.A.’s move earlier this year to acquire terminal kingpin Ingenico Group S.A., also a French concern but a major terminal provider in North America, as well.

It’s a trend, in part, because it takes considerable resources to build out the capacity for omnichannel transaction platforms. This includes not just money but high-level programming and routing expertise. Some players have concluded that, as expensive as such resources are, it’s cheaper to buy it than to build it.

The proposed Worldline-Ingenico transaction “would not have happened if they didn’t believe something compelling could be done with the Ingenico assets,” says Grover.

For now, Ingenico is focusing on streamlining the point of sale with technology like biometrics, says Bradford Giles, senior vice president of marketing and sales enablement. A device that can recognize a customer’s voice or face, he says, not only supersedes EMV cards, it jumps over contactless waving or tapping. “It enables that completely frictionless transaction,” he adds, referring to the POS industry’s closest thing to a holy grail.

The concept got a boost from the Covid-induced mania for touch-free commerce, Giles says, but it’s going to take time to work out its complexities. Not only does the biometric recognition have to work flawlessly, but transactions must be matched accurately with cards on file.

“We’ve been plugging away on this for several years in our labs,” notes Giles. “It works, so now it’s just how do you scale it, and how do you enable the third-party apps you need to support it?” Also, cardholders must opt in for it. “This isn’t Big Brother,” Giles adds.

But as attractive as the idea of melding hardware and software with processing could be, it comes with a potentially big problem: it can alienate the very entities that would otherwise refer business and certify new equipment.

Equinox, which relies on independent sales organizations and other third parties for sales leads, has avoided taking a position in processing for that very reason. “We’ve pushed back on that trend,” says Hayhow. “We have strong partners we don’t want to compete with in that space.”

Rod Hometh, a payments consultant and former Ingenico executive, concedes the allure of processing is strong for a terminal company. But he estimates that offering services in line with those sold by established processing providers could put at risk certifications for new products that might otherwise have sailed through. “You go into competition with them and you jeopardize 50% of your sales,” he estimates.

For now, the exigencies induced by the pandemic have already altered the POS experience while hastening trends that were under way before the virus struck. The urge not to touch surfaces has not only boosted contactless cards but also lent momentum to mobile payments.

And major-brand mobile wallets long in the market may finally be winning more usage as consumers seek out touchless payments. “Most of the merchants we’re working with are doing Apple Pay when we turn it on,” says Chris Lybeer, chief strategy officer at Revel Systems Inc.

But the trend that overarches everything else, now and post-Covid, is the urge to go omnichannel. Traditional terminal companies ignore it at their peril. Says Clover’s Linardi: “It’s becoming somewhat table stakes.”

Real-Time Payments Will Grow Nearly 300% Over the Next Five Years, Juniper Predicts 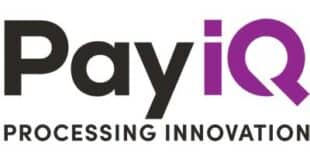 The Advantage of Cloud-Enabled Payments for ISVs

By Tom Byrnes, SVP, Marketing If you are an ISV, you know that adding payments …