Intuit Inc.’s sale of its financial-services division, which it announced on Monday, will likely narrow the Mountain View, Calif.-based software giant’s focus in the electronic-payments business, leaving it with an established stake in merchant processing and mobile acceptance.

Intuit agreed to sell the financial division to private-equity firm Thoma Bravo for $1.025 billion and also said it plans to put its Intuit Health Group on the block. The health unit manages billing and other functions for clinics.

The rationale for the moves is to focus on so-called core businesses, such as financial-management and tax-preparation software, the company said. Intuit markets the widely deployed Quicken and Quickbooks accounting programs. “Intuit will sharpen its focus on directly serving consumers and small businesses, and continuing to build our durable competitive advantage in those segments,” Intuit president and chief executive Brad Smith said in a statement about the sale of the financial-services division. The company also said it will use the proceeds from the sale to buy back shares.

The financial-services unit includes online and mobile bill-payment and banking products, including a mobile remote capture service, but does not embrace Intuit’s merchant-processing unit. Nor does the sale include the company’s GoPayment application, which lets merchants accept cards on mobile devices. Both of these business lines are operated out of a separate unit focused on small businesses.

The sale appears to sharpen Intuit’s focus in electronic payments, leaving it with an emphasis on serving small merchants’ acceptance needs. A company spokesperson did not respond to requests for comment on the deal.

The financial-services division–which is at least in part derived from Digital Insight, a software firm Intuit acquired for $1.35 billion in late 2006– includes 730 employees and generated $305 million in revenue in fiscal 2012, or about 7% of Intuit’s overall sales. Its revenue is expected to close the 2013 fiscal year at $325 million.

The sale, which Intuit says will close in “the next few months,” does not include two products: the Mint.com online financial-management service and a service for exchanging financial data.

Thoma Bravo, a firm with offices in both San Francisco and Chicago, said in a statement Monday it plans to run the division as a free-standing business. “[Intuit Financial Services] is the premier provider of online and mobile banking software to financial institutions, markets which should continue to see secular growth and further end-user adoption,” said Holden Spaht, a San Francisco-based partner at Thoma Bravo, in a statement. A spokesperson for the firm did not respond to a Digital Transactions News request for comment on the deal.

Included in Thoma Bravo’s portfolio are online security firms Entrust Inc. and Tripwire Inc. A past portfolio company was VECTORsgi, an Addison, Texas-based developer of check-imaging software and supplier of key technology for the image-exchange system built by SVPCo., a unit of The Clearing House, a New York City association owned by major banks. In 2004, VECTORsgi was acquired by Metavante Corp., now part of Fidelity National Information Services Inc. (FIS).

Share
Previous Through The Clearing House, Major Banks Prepare a ‘Secure Cloud’ to Mask Payments Data
Next Will That Be Chip And PIN Or Chip And Signature? Expert Forecasts EMV Confusion 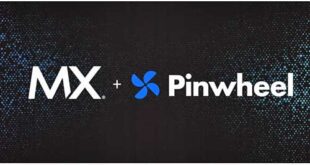 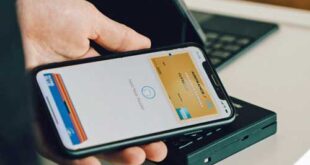