How Payments Is Embracing Blank Checks

Increasingly, payments providers are discovering that the familiar IPO isn’t the only way to cash in on the public markets.

He was “dead set against” it, until he was for it, Flint Lane says. The “it” was the way Lane’s company, Billtrust, traded two decades of private ownership to go public in January at a $1.3-billion valuation.

Instead of relying on the familiar, tried-and-true initial public offering, the Lawrenceville, N.J.-based invoicing and payment technology firm did the deed by merging with a so-called special purpose acquisition company, or SPAC, called South Mountain Merger Corp.

“I thought, that’s the way bad companies go public,” Lane recalls. But as he learned more about the process, the Billtrust chief executive soon changed his mind. Compared to a conventional IPO, the SPAC offered pricing certainty, a speedier route to a public listing, and, in Lanes’ opinion, more available funding. Simply put, “the SPAC is more elegant,” he says.

He’s not alone. Mergers with SPACs—sometimes called “blank-check companies” because their sole business is to use the funds they raise via an IPO to acquire a private firm—are an increasingly popular route to public ownership for payments companies. Including the Billtrust deal, eight payments-related companies have gone public via a SPAC since 2016, with five of them announced or closed since the fall.

Across all industries, some 248 blank-check deals took place last year, quadrupling the count in 2019 and 25 times the mere 10 that took place in 2013, according to Spacresearch.com. And the deals are getting richer, with average valuations more than doubling in the past eight years.

More SPAC deals are inevitable, particularly in the payments industry, observers say. “There’s a feeling out there among investors where they don’t want to miss out on this boat,” says Jared Drieling, senior director of consulting and market intelligence at The Strawhecker Group, an Omaha-based payments consultancy.

The reasons for the trend are varied, but now the onset of the coronavirus pandemic has put a premium on the perceived speed and certainty that a SPAC offers growing companies ready to access public markets.

“The process of going public is disconnected from the company going public,” says Todd Ablowitz, chief executive of Infinicept, a Denver-based advisor for payment facilitators. “All these steps you go through with the [Securities & Exchange Commission] and the stock exchange to list, that’s all done by the blank-check investors. They go through all that brain damage.”

“If you’ve got focus on digital payments, you’ve probably got discussions going on about a SPAC,” says Drieling. Developers that offer programming for shopping carts and that can embed payments capability in everyday business software “are all entities that are ripe for this process,” he adds.

Overall, Murphy and other observers argue, blank-check companies are targeting higher-quality companies, which has helped burnish the reputation of the SPAC alternative. Typically, target companies are acquired at a fixed $10-per-share price and then float once the public listing occurs. The proof of the quality then emerges as the market prices the shares each day, Murphy says.

“Payments is one of those industries that are growing and have tailwinds for growth,” he adds. The market appears to bear him out. At mid-February, Repay closed at $24.49 per share. On the same day, Paya Holdings Inc., a processor whose SPAC merger closed in October, stood at $12.69. Paya would not comment for this story.

Some observers argue SPACs appeal to companies that have already established themselves as private entities and don’t need a splashy IPO to advertise their arrival. “The IPO can give a lesser-known company an opportunity to boost its brand. On the flipside, a company that already has a strong customer base and significant brand equity … gets benefits from the increased control that a SPAC transaction offers,” says Scott Galit, chief executive of Payoneer Inc., a New York City-based payments processor for online marketplaces that last month announced its merger with FTAC Olympus Acquisition Corp. Galit responded to email queries from Digital Transactions.

For all that it adds speed to market while subtracting complexity, the SPAC alternative has its downsides. The blank-check companies generally have two years to do a deal or dissolve, leaving investors without the expected returns.

The structure of a SPAC deal, too, leaves some observers cold. They point to the warrants often issued to help fund the acquisitions. When redeemed later, these instruments can dilute the shareholders’ holdings.

That last point, though, is a matter of debate. “It’s generally immaterial,” says Billtrust’s Lane. “Anybody’s who’s surprised about the warrants hasn’t done his homework.”

Observers also point out that companies that want to leverage the SPAC trend could end up waiting for an event that may never arrive. A SPAC merger, they say, is a matter of don’t call us, we’ll call you. “SPACs are out there targeting you,” says Repay’s Murphy. “If a SPAC hasn’t called on you, you probably wouldn’t do one.” These, he says, are the companies that end up using a conventional IPO.

“I can’t help but think SPACs are designed to avoid IPO scrutiny of the company they ultimately take public, and they’re a bubble, which is not to suggest some good individual companies like Payoneer won’t take advantage of them,” notes Eric Grover, principal at Minden, Nev.-based payments consultancy Intrepid Ventures.

In the end, executives who have been through the SPAC mill say it’s best to leave the route to public ownership up to individual companies, just as the decision to go public in the first place is good for some firms but not others of equal vintage.

Many of the firms that have leveraged SPACs have been in existence for years, if not decades, hinting that experience is a key determinant for success when the process is complete.

“The IPO can give a lesser-known company an opportunity to boost its brand. On the flipside, a company that already has a strong customer base and significant brand equity … gets benefits from the increased control that a SPAC transaction offers,” says Payoneer’s Galit.

Whatever the experts say, the numbers clearly show the SPAC alternative isn’t going away any time soon. “I don’t know anybody who wouldn’t consider it,” says Ablowitz. “It’s here to stay.”

Share
Previous How Covid Changed Payment Processing
Next So Where’s the Depression? 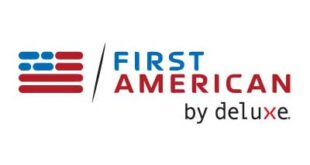 Savvy Solutions for Small Businesses and the ISOs that Support Them