Big Credit Card Interchange Case Could Be Nearing a Settlement

A massive, 13-year-old legal case pitting merchants against the bank card networks and big issuers over credit card interchange could be nearing a settlement, according to regulatory filings and press reports.

Mastercard disclosed in a Securities and Exchange Commission filing Thursday that negotiations among the parties are moving along and that it plans to add $210 million to its reserve related to the case. As of March 31, the company had $548 million in cash in the reserve, according to an earlier filing. 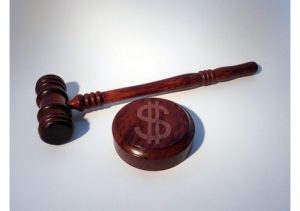 Earlier this week, Visa said it would deposit $600 million into its litigation escrow account. That account had $884 million in restricted cash as of March 31.

Bloomberg News, citing unnamed sources, reported Thursday that Visa, Mastercard, and some of the nation’s largest banks may settle the case for $6.5 billion. The case in question is dubbed MDL 1720 and is pending in U.S. District Court in Brooklyn, N.Y. Lawyers involved are expected to give a magistrate judge an update July 10, according to Bloomberg.

The earliest lawsuit in the consolidated action dates back to 2005, when merchants began challenging Visa, Mastercard, and some credit card issuers over what they said was excessive interchange and unfair card-acceptance rules.

In 2012, the litigation culminated in a $7.25 billion settlement to merchants. But more than 7,000 merchants opted out of the settlement, reducing its value to $5.7 billion. The so-called opt-out merchants said the settlement was inadequate and that they would be forced to forfeit their rights to sue the networks in the future.

A federal appellate court in June 2016 invalidated the entire settlement, saying it unfairly favored one class of merchants over another. The U.S. Supreme Court in March 2017 declined to hear the networks’ appeal of that decision, which resulted in the case returning to the Brooklyn district court for further proceedings.

Now, it looks like any pending agreement could cover merchants that remained in the class action as well as the opt-outs.

“As previously disclosed, Mastercard … and the parties to the U.S. merchant class litigation have been in active mediation,” Mastercard’s most recent filing says. “As a result of advances in negotiations related to the monetary damages claims, the company expects to increase its reserve during the second quarter of 2018 by an estimated $210 million for both the merchant class litigation and the filed and anticipated opt-out merchant cases.”

Late last year, Visa settled an interchange lawsuit from the nation’s largest retailer, Walmart Inc., which had opted out of the 2012 settlement, for undisclosed terms. But other opt-out merchants continue to challenge the networks in court, particularly over network rules.