Corporate treasurers can identify numerous use cases for real-time or otherwise faster payments, but they do worry about transaction security, according to the Association for Financial Professionals.

“This is one of the findings that really surprised me, because many times we hear from corporates [that] the dollar limits are too low,” Magnus Carlsson, the AFP’s manager of treasury and payments, tells Digital Transactions News. The Bethesda, Md.-based AFP is an association of corporate treasury executives and managers.

For example, same-day automated clearing house transactions currently have a $25,000 transaction limit, though ACH governing body Nacha will raise the limit to $100,000 next March. The Clearing House Payments Co.’s Real Time Payments service has a $25,000 limit, as will the Federal Reserve’s planned FedNow real-time settlement service.

Underwritten by JPMorgan Chase & Co., the survey obtained 379 responses in May from treasury and cash-management personnel at organizations ranging from less than $50 million in annual revenues to some with more than $20 billion. The survey is mostly concerned with B2B payments, but 72% of respondents said their organizations directly accept payments from consumers.

While more than 60% of respondents believe faster payments “will have a positive impact on their organizations,” according to the survey report, 44% said there could be more instances of fraud resulting from faster payments. That’s not surprising given the compressed time for risk assessments and the fact that real-time transactions typically are irrevocable.

Fraudsters, Carlsson notes, have had little success compromising actual payment transactions; instead, they use phishing and other techniques to get payments routed to accounts they control. “The fraudsters will attack the process leading up to the initiation of the payment,” he says.

In other findings, the sweeping study reported that only 42% of organizations are making their B2B payments by check in 2019, down by nearly half from 81% in 2004. The decline could have been even greater, but checks payments remain integrated into many organizations’ internal processes and for many companies they still provide more payment details and associated data than electronic systems, according to Carlsson.

“Everyone is familiar with checks and they know how they work,” he says. “Many stop at that and think that that’s good. If you want to replace it, you have to replace the whole process.” 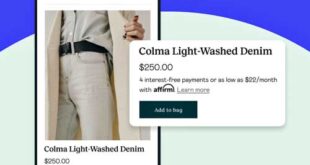 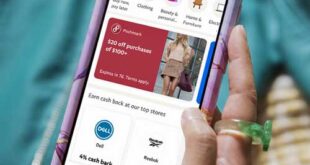 PayPal Launches Its ‘Super App’ With a Raft of Shopping, Payments, And Banking Features

PayPal Holdings Inc. on Tuesday launched a new version of its mobile app with a …