The fraud-fighting tools of the future for e-commerce retailers include artificial intelligence, multimerchant velocity checks, and fingerprint identification, according to a poll of 166 merchants for the Federal Reserve Bank of Minneapolis.

None of those newer tools is in widespread use today, but more merchants plan to use them going forward, according to results of the wide-ranging survey. Some 28% of respondents currently use artificial intelligence or machine learning to identify anomalous transactions, and 16% plan to use them at some time—more than any of 10 emerging fraud-fighting technologies about which respondents were asked.

Similarly, 27% of respondents use multimerchant purchase velocity checks, and 13% plan to add them. Such checks monitor the historical shopping patterns of an individual and match that record against current purchases at multiple merchants to detect if the number of orders by the cardholder match up, or if there appears to be an irregularity. And only 19% of respondents use fingerprint identification, but 13% plan to add it. 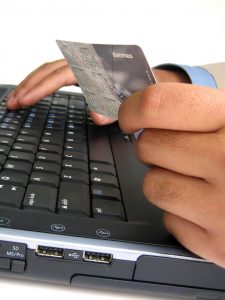 In the short term—the next six months to a year—the top three risk-control systems retailers plan to add are 3-D Secure variants; purchase-velocity checks, and geolocation to identify unusual transactions.

The Minneapolis Fed said nine out of 10 merchants use a multilayered fraud-prevention approach, meaning they use two or more e-commerce anti-fraud tools. But 12 respondents didn’t use any. “This could be because they rely on their providers (such as processors or card associations) to supply fraud-prevention services,” the survey report says.

Rhinebeck, N.Y.-based Phoenix Marketing International collected the data for the Minneapolis Fed through an online survey of a sample drawn from a base of 12,500 merchants with $25 million or more in annual sales. Data collection began in December and ended in March. Fourteen percent of respondents had more than $1.5 billion in annual sales while 60% had sales below $100 million.

Asked what they believe is the No. 1 fraud threat, 28% of the merchants cited card-not-present fraud, more than any other threat. Next were card-present fraud, 22%; business email compromise, 19%; check fraud, 16%; wire fraud, 8%, and automated clearing house fraud, 7%.

An unsurprising finding: some 77% of respondents expect e-commerce fraud to increase in the next six to 12 months. Experts have warned that fraudsters are turning their attention to online channels now that EMV chip cards have made counterfeit fraud at the point of sale much more difficult.

The study complements a March report the Minneapolis Fed did about the effectiveness of fraud-mitigation tools used by financial institutions.

Share
Previous COMMENTARY: Adyen And the New Age of Global Payments Processing: Part I
Next Details on Visa Europe Outage and other Digital Transactions News briefs from 6/20/18