E-commerce fraud over a two-year period through the end of 2017 increased 7% across all merchant categories, finds the Ecommerce Fraud Index released Tuesday by fraud-prevention specialist Signifyd Inc. 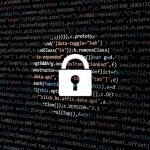 Other indicators in the report found that losses from account-takeover fraud increased 80% in the study period, going from 0.25% to 0.45%. Signifyd defines account takeover fraud as when a criminal logs in as an existing user on a merchant’s site and uses the pre-existing payment options to make purchases, usually shipped to a new address.

The problem is especially growing among online department stores where this type of fraud increased 285%, from 0.06% to 0.23%. It’s problematic, too, for online-jewelry and luxury-watch retailers, where account takeover fraud increased 194%, from 0.42% to 1.24%.

Share
Previous PayPal To Discontinue Its Pay After Delivery Service for U.S. Buyers
Next Boston’s New Fare System and other Digital Transactions News briefs from 3-21-18