It has been known anecdotally over the past year that the impact of the Covid-19 pandemic has shifted consumers to digital payments. On Monday, survey results emerged to show just how extensive that shift has been. Roughly one-third of consumers who now use such services as digital wallets, peer-to-peer payments, QR code payments, and buy now, pay later services began using them only in the past year, according to “State of the Union: Global Digital Payments and Fintech Ecosystem,” from 451 Research and sponsored by Discover Network.

“Many consumers that previously used cash and swiped credit cards shifted to using more flexible and hygienic forms of payment,” says the report. The impact ranged widely, with 39% of users coming onboard in the past year in Mexico at the high end and 20% in China at the low end. In the U.S. market, the figure is 38%. For this question, the study canvassed just over 3,000 consumers across eight countries.

Online shopping has also surged as a result of the pandemic, and the study shows why. Fifty-two percent of respondents overall said they had shifted all or most of their in-store spending to e-commerce, with two-thirds saying they will keep all or most of their spending online after Covid finally dissipates. “We expect much of the momentum behind online shopping to continue thanks to the proliferation of omnichannel shopping experiences,” the report notes.

But consumers who do return to stores will have a decidedly different outlook on how they pay, the survey shows. Mobile ordering and curbside pickup rank highest among U.S. consumers in the survey, while contactless payments, mobile ordering, and the ability to check inventory online matter most to consumers in Europe and Asia-Pacific.

Still, for all the increased interest in, and usage of, digital payment services, overall usage still varies widely among the geographies in the study. The United States, in fact, comes in last among the eight countries studied, with just 39% of respondents indicating they are aware of such services and have used one in the past 90 days. Singapore ranks first, at 82%.

With the momentum from the pandemic effects, e-commerce and mobile commerce are expected to expand quickly. The Discover/451 Research report estimates the two digital methods accounted for nearly $4.7 trillion in transactions worldwide last year, with mobile taking a 51% share. That total will reach $5.2 trillion this year, with mobile’s share inching up to 53%, the report estimates.

“The strong global growth of e-commerce and m-commerce has created the bedrock for digital wallets to expand and gain share over traditional payment methods,” notes the report. “Similarly, changing behaviors at the point of sale have helped to prime wallets for in-store growth.”

Researchers for the report surveyed a total of 3,869 consumers across the eight countries, as well as 100 fintech companies. 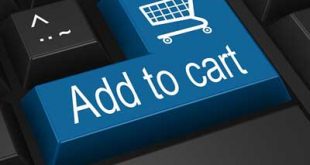 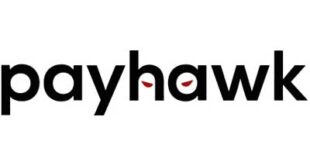 Payhawk Says a $112-Million Round Will Propel It Into New Markets, Including the U.S.