The reciprocity agreement will let each network access the other network’s token engine via an API call, James Anderson, group executive for platforms and emerging payments at MasterCard, tells Digital Transactions News. It will take effect during the coming year and roll out across the networks’ global regions. “It will certainly be during 2017,” Anderson says. “We have to do some work, but that work is under way already.”

“Product teams have just started working together,” adds Vish Shastry, a vice president for digital products at Visa, in speaking to Digital Transactions News. “We’ll load by geography,” though the U.S. market is likely to be enabled early on, he says.

The pact, which formally links the MasterCard Digital Enablement Service and the Visa Token Service, comes as the payments business braces for increasing fraud in digital channels with the rollout of EMV chip cards in stores. Up to now, cardholders could load, for example, a Visa card into their Masterpass digital wallet but what was loaded was the actual card credential, not a token masking the credential. Tokens are random strings of characters that stand in for data like actual card numbers and expiration dates. Token services, such as those of Visa and MasterCard, keep track of these tokens and match them up with the real card credentials when issuers need to authorize transactions.

In this way, tokenization is seen as a bulwark against fraud brought on by the rampant theft of card numbers by cyberthieves. Reciprocal tokenization should spread that security blanket much farther, the networks say. “Just simplifying payments is just half the problem. We want to increase security with fraud moving to the card-not-present channel,” says Shastry.

There is a notable imbalance between the two network giants. As of Sept. 30, there were 380 million MasterCard-branded credit and debit cards circulating in the United States, while Visa-branded U.S. payment cards numbered 851 million as of June 30. Relying on these numbers, the latest available, it would appear that by customary terms Visa might well generate more token fees from the arrangement than MasterCard, though this scenario ignores the relative number of Visa Checkout and Masterpass wallets currently in use. MasterCard relaunched Masterpass this summer.

Neither Shastry nor Anderson, however, will discuss the commercial terms behind the agreement, in particular any fees or other consideration that will pass between them for tokenization. “We were able to get very comfortable” with the terms of the deal, Anderson says, noting he can’t go any farther. Indeed, “It wouldn’t surprise me at all if there were no financial exchange” between the networks, says Rick Oglesby, principal at AZ Payments Group LLC, a Mesa, Ariz.-based consultancy.

Both Visa and MasterCard tout their digital wallets as “open” to any payment card the consumer wants to load, yet the reciprocity agreement comes two years after the networks set up their token engines. Anderson and Shastry acknowledge the lag but attribute it to the complexity of negotiating with a competitor. “It took a little while for us to get to a place where we could figure out the best construct,” says Shastry.

Oglesby notes that the timing of the reciprocity agreement could indicate both wallets are meeting expectations. “It means they’re making some good progress in gaining multicard enrollment,” he points out.

Visa and MasterCard remain non-commital, however, on whether other networks, such as American Express Co. or Discover Network, might be embraced in future reciprocal agreements. “We don’t have anything to announce at this time,” Shastry says, while adding that the accord with MasterCard covers “the majority of cards.”

Share
Previous Bill Pay, Mobile Deposit Among the Most Popular Features of Banks’ Mobile Apps
Next PayPal Follows Up on Visa And MasterCard Pacts With Citi And FIS Agreements for 2017 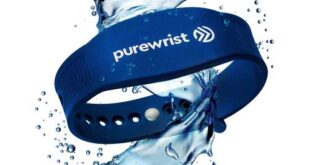 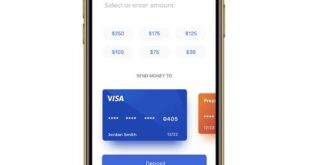 In the Midst of the Pandemic, Fintechs Launch Services to Speed Wages to Workers