The Zelle person-to-person payment service continued to gain traction in the third quarter. Zelle Network reported Tuesday that it processed $32 billion in the three months ended Sept. 30 on 116 million transactions.

The latest figures represent a year-over-year growth rate of 67% in payment value and 83% in transactions. From the second quarter, volume grew 13% and transactions 16%. Over the past 12 months, bank-controlled Zelle says it has processed $106 billion on 375 million transactions. 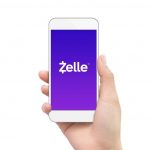 Zelle archival Venmo, which is owned by PayPal Holdings Inc., is growing somewhat faster but on a smaller base. Venmo generated $16.7 billion in volume in the third quarter, up 18% from the second quarter and 78% from a year ago, PayPal reported Oct. 18. The current run rate is near $70 billion in annual volume, chief executive Dan Schulman said.

“As we strive for ubiquity, we are working closely with banks and credit unions of all sizes in offering a fast and consistent payments experience,” Finch said in a news release. “Zelle is one of the fastest-growing consumer financial brands in history and we are proud of our momentum, especially this quarter.”

Share
Previous As an E-Commerce Payment Spec Goes out for Comment, ‘Commercial Applications’ Could Emerge by Early Spring
Next AmEx Acknowledges Investigation and other Digital Transactions News briefs from 10/24/18

The movement to speed up cross-border payments received another boost Monday as Mastercard Inc. announced …