Once a Novelty, Chatbots Appear To Be on Their Way to Mainstream Adoption

The use of chatbots in financial services is about to explode, if research released this week is any indication. Adoption will be such that the technology will save banks worldwide $7.3 billion in annual operating costs by 2023, compared to a projected $209 million this year, estimates Juniper Research in a report called AI in Fintech: Roboadvisors, Lending, Insurtech & Regtech 2019-2023.

Chatbots are pieces of code that can substitute for human interaction with customers on less complicated payments and account queries. The technology has grown in popularity in recent years as banks struggle to reduce the time and expense involved in fielding calls from customers. One of the most prominent, and heavily advertised, chatbots is the Erica tool introduced by Bank of America Corp. The bot works within the bank’s mobile app to field customer inquiries. 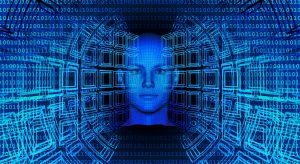 Indeed, Juniper, a firm based in Hampshire in the United Kingdom, predicts chatbots will proliferate and reach a level of sophistication and presence in financial services that will see them account for 79% of “successful” exchanges with customers in 2023. That projection rests on a predicted increase of fully 3,150% over the next four years in these interactions. The firm bases its prediction on growing consumer preference for banking on mobile apps.

Another consequence of the chatbot revolution is that it could allow traditional financial institutions to fend off emergent fintechs. “Chatbots in banking allow heavily automated customer service, in a highly scalable way. This type of deployment can be crucial in digital transformation, allowing established banks to better compete with challenger banks,” says research author Nick Maynard, in a statement.

Another factor causing established banks to smile on the technology is that its abilities to understand human speech and respond intelligibly are improving, Juniper says. Chatbots rely on natural-language processing to take in and respond to human requests and commands. “Chatbots are demonstrating a proven record of seamless service delivery, which will drive adoption by initially skeptical financial institutions,” the research firm says in a press release.

Still, the use of chatbots in general commerce has been an uneven experience, as some players have raised concerns about security and the loss of human interaction. The technology emerged early in 2016 when Facebook Messenger and other messaging apps began admitting bots for shopping and payments.