Fiserv Inc. and First Data Corp. argue their proposed $22 billion combination will usher in a processing behemoth that should create substantial operating efficiencies and economies of scale. And so far, investors are buying that story.

Shares of both companies are up by double-digit percentages since the Jan. 16 announcement of the deal, which calls for Fiserv to buy First Data in an all-stock transaction. Trading at $24.73 in early action on Friday, First Data’s shares are up 16%. Fiserv’s shares, at $83.33, have been bid up by 15%.

The increase for First Data surprises few observers, but that for Fiserv is more intriguing, analysts say. It’s “interesting [that] FISV stock [is] up,” says Larry Berlin, using the stock symbol for Brookfield, Wis.-based Fiserv. Berlin, a senior vice president at Chicago-based First Analysis Securities Corp., follows Fiserv and monitors Atlanta-based First Data. “Normally the acquirer declines and the acquired rises,” he says. After all, the acquiring entity assumes any risk the acquisition may pose, while the acquired entity has demonstrated real value. 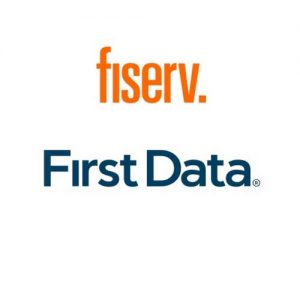 That both stocks have enjoyed rising value over the past two weeks shows the investor community accepts the story the two chief executives, Jeff Yabuki at Fiserv and Frank Bisignano at First Data, have touted, observers say. “Fiserv’s shares rising has to mean the market is buying Yabuki’s and Bisignano’s assertion that the transaction will produce material cost and revenue synergies,” notes Eric Grover, a financial-services consultant at Minden, Nev.-based Intrepid Ventures.

Now the interesting question is how long that acceptance will last. The big and complicated merger must clear regulatory hurdles and isn’t expected to close until the third quarter. After that, it could take up to a decade to knit the platforms of the two companies together, according to some observers.

Grover, for one, doesn’t buy the sunnier scenario. “I’m skeptical. It’s more likely there will be diseconomies of scale and complexity,” he says in an email message to Digital Transactions News.

On the cost side, Grover sees little room for efficiencies. “There’s not much overlap between Fiserv’s and First Data’s major businesses and therefore little synergy to be obtained by consolidating duplicate platforms,” he says.

Similarly, on the revenue side, Grover argues opportunities to sell Fiserv’s core banking and payment services to First Data’s merchants and large issuers will be scarce. He sees some merit to the argument that the combination will allow First Data to sell merchant-acquiring services through Fiserv’s banks. “But First Data already enjoys the broadest acquiring distribution in the [United States],” he adds.

Still, it’s hard to argue with the collective judgment of armies of individual and institutional investors and money managers. By that measure, after a few weeks of digesting the details, Wall Street likes what it sees in this deal enough to lift the value of both parties to it. In fact, at this point, Fiserv may be getting a bargain. After the increase in its share price, First Data is now worth slightly more than $23 billion.

E-Commerce Sales See Gains in July, But So Does Fraud, Says ACI Worldwide