Chip Cards Make Gains, but the U.S. Still Lags Most of the World in EMV Adoption

EMV chip card payments made substantial gains in the U.S. last year, but the nation still lags most other regions in EMV penetration, according to new figures from payment card standards body EMVCo.

Some 53.5% of general-purpose U.S. card-present transactions in 2018 were so-called chip-on-chip, meaning both the point-of-sale terminal and the card were EMV-enabled, up from 41.2% in 2017, EMVCo data show. EMV penetration is highest in EMVCo’s Europe Zone 1 consisting primarily of Western and Northern Europe, with 97.3% of 2018’s POS transactions EMV-enabled—down slightly from 98.6% in 2017. EMVCo gets its figures from its payment-network owners Visa, Mastercard, American Express, Discover, Japan-based JCB, and China-based UnionPay. The transition in the United States, a separate EMVCo region, to chip cards and away from fraud-prone magnetic-stripe cards officially began in October 2015 with the card networks’ liability shifts.

In cards, the U.S. chip card base expanded to 842 million last year, up 7.3 % from 785 million in 2017, the EMVCo data show. The growth brought the adoption rate—the percentage of payment cards with an EMV chip—to 60.7% from 2017’s 58.5%. Despite the growth, the U.S. adoption rate trailed all regions but Asia, where 5 billion chip cards still account for only 51% of payment cards. 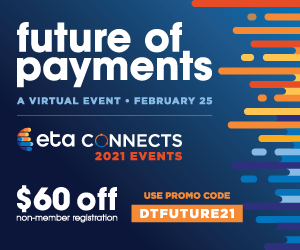