The average ATM surcharge increased this year for the 14th year in a row, but ATM foreign fees eased a bit, according to Bankrate Inc.’s latest annual study of ATM and checking account fees.

New York City-based Bankrate says the average surcharge is now $3.02, up 5 cents, or 1.7%, from the $2.97 average found in its 2017 study. A surcharge is the fee ATM owners charge to non-customers for using their machines.

Surcharges have increased 53% since 2008, when they averaged $1.97, according to Bankrate. That’s not a big surprise to Bankrate chief financial analyst Greg McBride.

“Nobody’s worried about alienating a non-customer,” McBride tells Digital Transactions News. “A surcharge has always been, and continues to be, low-hanging fruit for fee income.”

In addition, with consumers largely trained to use only their own financial institution’s ATMs or those in a surcharge-free network to which their institution belongs, a smaller base of ATMs is generating a greater share of the surcharge revenues. “Fewer out-of-network ATM transactions are absorbing the full cost of maintaining the network,” says McBride.

He adds, however, that “we now see more accounts that permit free out-of-network withdrawals than we’ve ever seen before.” This year, 32% of checking accounts offer free withdrawals compared with 29.5% in 2017 and 2016 and 28.5% in 2015, according to Bankrate data.

Foreign fees, which are fees banks and credit unions charge their own customers for using somebody else’s ATM, went in the opposite direction from surcharges. These fees are averaging $1.66 this year, down 6 cents, or 3.5%, from $1.72 last year.

Foreign fees haven’t risen nearly as much as surcharges—they’re up not quite 14% from their $1.46 average a decade ago, though they’ve had ups and downs over the years. “This is one that goes in cycles,” says McBride.

Bankrate’s 2018 survey group consisted of 10 banks and savings institutions in each of 25 large U.S. metropolitan areas. The firm gathered information in July and August about one interest-bearing and one non-interest account from each institution, and reviewed pricing and ATM and debit card fee policies from 244 institutions offering checking accounts.

“I am beginning to see subtle shifts in how some financial institutions are thinking about fees relative to ATMs,” Ditzion tells Digital Transactions News by email. “While average fees continue to increase, it is happening at a decreasing rate, and an increasing number of institutions are offering their higher-balance customers free transactions at out-of-network ATMs.”

In other findings, Bankrate says overdraft fees applicable to bounced checks and debit card transactions fell slightly to an average of $33.23 from $33.38 last year. “However, this is still the second-highest on record, and despite the decline in the average fee, the number of fee increases outnumbered decreases in the survey,” Bankrate said in a news release. “The most common fee remains $35 for the tenth year in a row.” 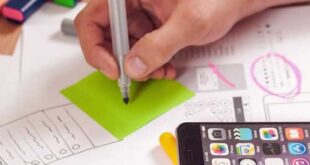