As Buy Now, Pay Later Usage Rises, It Bids to Become an ‘Option’ Rather Than Just a ‘Sweetener’

Helping drive the uptick in adoption of BNPL among debit card holders is that, even though they tend to be credit-averse, debit card users still want to take advantage of a 0% financing offer, Jaclyn Holmes, director of research for Auriemma Group says by email. Another reason debit card holders are embracing BNPL is that they see it as a way to build their credit.

Overall, consumer acceptance rates for BNPL offers have increased significantly the last couple of years, with 56% of consumers being offered BNPL in-store and 51% of online shoppers being offered the payment option.

“The top reasons for enrolling in a BNPL were simply wanting to try it out (cited by 32% of users), followed by wanting to take advantage of a low or no APR offer (cited by 31%), and feeling that the offer was too good to pass up (30%). The attractive intro offers are leaving consumers feeling there’s little downside to using them,” Holmes says. “As for the growth over merchant-provided plans, those tended to be utilized when financing a larger-ticket item, whereas BNPL are allowing increasingly smaller plan options, which can appeal to a larger audience.”

“It has become common for shoppers to see a Buy Now, Pay Later option at checkout,” Holmes says in a prepared statement. “Online, these buttons become subtle reminders for consumers, and reinforce [BNPL] as a viable payment option, especially when offered at checkout for a brand they trust.”

Afterpay, for example, made a bid to deepen its penetration of the BNPL market Thursday by partnering with Unibail-Rodamco-Westfield, owner of Westfield shopping centers in the United States. Both companies will jointly invest in new customer experiences, retail innovation, events, marketing, and on-premise advertising at Westfield shopping centers. The two companies plan to expand their partnership globally.

Several merchants with a Westfield location in the U.S. have recently begun to accept Afterpay, including Lush Cosmetics, Aldo, The Children’s Place, and The Container Store.

While fintechs offering BNPL are closing the gap on merchants, which have been the most common providers of installment plans, merchants will continue to play an integral role in  adoption. More than half of debit card holders agree that being partnered with well-known or trusted retailers is paramount when it comes to feeling comfortable and secure in using BNPL, according to Auriemma Consulting.

“While merchant trust is playing an influential role in Buy Now, Pay Later adoption, these offerings are also impacting the merchant’s ticket size and shoppers’ likelihood to purchase with a merchant again,” Holmes says in a prepared statement. “This shows that a positive Buy Now, Pay Later experience can create a halo effect for the brands offering them. And with Buy Now, Pay Later becoming increasingly common and recognizable, consumers may come to expect it as a payment option rather than a sweetener.” 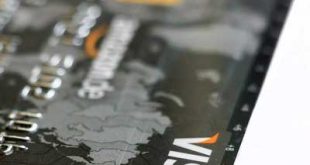 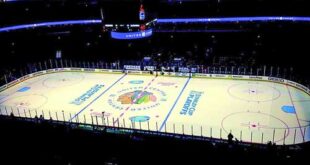 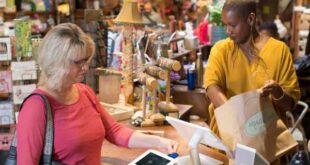