This versatile point-of-sale option is growing fast. Is it threatening credit and debit card traffic?

Many merchants can’t say no to buy now, pay later (BNPL) options, which are arriving in force as retailers and consumers gear up for a holiday shopping season that may be busier than usual.

Though BNPL programs have been around for years—think BillMeLater, which started in 2000 and later became PayPal Credit—a slew of recent entrants has propelled it to the forefront.

Point-of-sale lending is projected to account for 11% of total unsecured credit in 2021, up from 5% in 2015, according to Keefe, Bruyette & Woods, an investment firm owned by St. Louis-based Stifel Financial Corp.

Indeed, the rapid growth of POS lending is expanding the “overall pie, presenting an opportunity for both incumbent and new entrants,” the KBW research note says, adding KBW expects the product to ”surpass private-label cards by 2021.”

Global BNPL volume is forecasted to increase to more than $680 billion in transaction value by 2025, up from $285 billion in 2018, according to Kaleido Intelligence Ltd., a London-based research firm. “This rise is fueled not only by changing shopper habits among younger demographics, but also by the overall shift to digital spending as a result of the Covid-19 pandemic,” the firm noted in its “Digital BNPL & EPOS Financing: Market Outlook 2020” report.

One major factor, however, is the growth in e-commerce, something that already was organically increasing but received a major boost during the Covid-19 pandemic.

“While [e-commerce] was expected to happen gradually, I would say it has essentially jumped ahead three years overnight,” says Ana Braskamp, an Affirm spokesperson. “This has forced merchants to embrace the increase in online spending by offering modern payment options.”

Retailers like this payment option, though it typically costs a little more than traditional credit and debit card acceptance, because they are funded much more quickly and it can attract new customers.

Typically, Afterpay assesses a fee ranging from 4% to 6%, says David Katz, chief product officer. That’s in line with estimates for Klarna’s costs. Quadpay charges a 5.9% fee plus 30 cents as a sticker rate, says Ezra, though larger volume merchants may pay less. PayPal merchants pay their standard fee, which, for U.S. online transactions, is 2.9% plus a fixed fee.

Katz says Afterpay settles immediately with the merchant. “We’re taking on the risk,” he says. “We’re bringing them a higher average order value and a higher conversion rate.”

Quadpay’s Ezra says in some instances the impact on conversion rates and average order value is such that they can be as much as 20% and 60% higher, respectively. “It’s about driving new customers and new business,” he says.

“By and large, the reason retailers are adding BNPL is [it] creates new customers,” Sykes says.

For consumers, there is a psychological impact from splitting a large purchase. “$50 sounds more accessible than $200,” Sykes says. “The simple act of breaking that payment down increases someone’s propensity to buy.” The average order value for a Klarna installment purchase is $150, which is similar to that for Afterpay.

At Afterpay, Katz views the payment option as a budgeting tool for consumers. “We think that’s part of what makes it so attractive, particularly to Millennials, who have shown some resistance to revolving debt and traditional credit products,” he says.

Indeed, card powerhouse Visa said its debit volume was up 22.7% for the quarter ended Sept. 30 compared to the same quarter last year, while its credit volume dropped 8.7%. Credit union service organization PSCU, in its first Tracking Transaction Trends report for Nov. 1, said debit card spend was up 16.8% compared to the corresponding week in 2019, while credit card use increased 4.7% for the same period. Afterpay says 90% of its transactions are made with debit cards.

That view is echoed by Affirm’s Braskamp, who says Millennials—those born between 1981 and 1996—and Generation Z—born from 1997 onward—are affecting the payment options merchants provide.

“These two generations, which together make up more than half of Affirm’s consumer network, are increasingly skeptical of traditional credit cards and banking services and are looking for transparent payment alternatives,” Braskamp says. “Additionally, because they grew up with monthly subscription models like Netflix and Rent the Runway, Millennials and GenZ often prefer predictable monthly payments versus payments that vary month-to-month like credit cards.”

While much of the action has been online, BNPL options have been moving into physical stores, too. Afterpay launched its in-store service in October. In Australia, where Afterpay has approximately 40,000 storefronts, 40% of its customers made in-store Afterpay purchases, Katz says. Quadpay offers the same service, as do Klarna and Affirm.

Whether used in-store or online, the transaction risk is minimal. Afterpay says its gross loss as a percentage of underlying sales for fiscal 2020 is 0.9%, a record low for the firm. “Our ability to keep losses very low is the secret sauce to Afterpay,” Katz says.

Afterpay uses proprietary risk analytics to assess new customers. Like many other BNPL providers, it eschews traditional credit checks. “We keep the first transaction very low,” Katz says. And because consumers tend to be repeat users, they strive to meet their payment schedules, lest they lose access to Afterpay’s service.

Quadpay may do a so-called soft credit check, which doesn’t affect credit scores, and that information feeds into its risk model, Ezra says. Other data may include consumers’ activity at merchants, digital footprint data, such as the device type, and email addresses.

Affirm underwrites each transaction individually, Braskamp says, and uses machine learning to continuously refine its underwriting. “This enables us to support consumers by never extending loans that we don’t believe can and will be repaid,” she says.

But does BNPL cannibalize credit and debit transactions? The KBW report suggests the growth in POS lending is expanding the overall pie, “presenting an opportunity for both incumbents and new entrants.”

In fact, BNPL methods rely on credit and debit cards as the underlying methods for the installment payments. Between 80% and 85% of Klarna’s transactions are made with debit cards, Sykes says. Affirm customers can pay directly from a checking account, but other options are available. Affirm distinguishes itself from the pack with loans offering varying interest rates over longer repayment periods.

Quadpay’s Ezra views BNPL as additive to the merchant’s mix. Remove the conversion lift from the BNPL equation, and in a majority of cases merchants will still see a high lift in average order value, he says.

“There aren’t many things that e-commerce merchants can do that have a dramatic and immediate impact,” says Katz. “Buy now, pay later is one of those that has immediate value.” 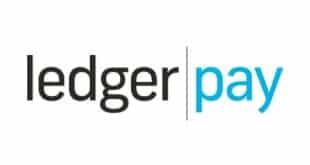