Square Inc.’s acquisition of Afterpay Ltd. is expected to give Square a ready-made product in the hotly competitive buy now, pay later market that it can quickly plug into its consumer and merchant applications to make it an immediate force in BNPL.

Square on Sunday announced it was acquiring Afterpay, which serves markets in New Zealand, the United States, Canada, and the United Kingdom (where it operates under the Clearpay brand) for $29 billion. The deal is expected to close the first quarter of 2022. As of June, Afterpay had an active user base of 16.2 million consumers and 98,000 merchants, up from 13.1 million consumers and 75,000 merchants in December 2020.

“The acquisition is a way for Square to get a jump in a market that is becoming more competitive and crowded without having to build an application from scratch,” says Sheridan Trent, a research analyst for The Strawhecker Group. “That’s an advantage for Square because Afterpay has a very loyal customer base.”

The BNPL market, which has gained momentum in the past year as consumers flock to online and point-of-sale credit offers in the face of the pandemic, includes services from Klarna AB and a dual offering from Shopify Inc. and Affirm Inc. It is projected to grow 33% annually over the next three years and account for 4% of all e-commerce transactions, doubling its market share from 2020, according to estimates from the processing giant FIS Inc. BNPL is the fastest-growing online-payments system in the U.S. and U.K., and from 2020-2024 will increase its e-commerce market share from 2% to 5% in the U.S. and from 5% to 10% in the U.K.

Square says it plans to integrate Afterpay into its Cash App peer-to-peer payment app, as well as its online and in-person checkout solutions. The integration of Afterpay into Cash App creates opportunities to give Afterpay consumers access to Cash App’s suite of financial-services products and introduces Afterpay merchants to Cash App’s consumer base of more than 70 million users, Square says.

Cash App users will be able to manage their BNPL installments and repayments directly within the app. Cash App will also integrate commerce discovery from the Afterpay app to help drive lead generation for merchants and consumer engagement. In addition, Afterpay consumers will also be able to leverage the features of Cash App, including peer-to-peer payments, stock trading, Bitcoin commerce and a Visa debit card.

“Afterpay and Cash App both have young customer bases, so the integration of Afterpay to Cash App gives After Pay users new payment options and creates the opportunity for Square to attract new customers” in this demographic, Trent says. “It’s a logical extension of BNPL to Cash App.”

More broadly, Square expects the integration of Afterpay will attract new merchants by enabling them to offer BNPL as a customer-acquisition tool. The addition of BNPL will also help fuel growth for Square merchants through higher transaction sizes and conversion rates.

“BNPL is a hot market with accelerated growth that is attracting a lot of new players,” Trent says. “Companies like Square, Apple and PayPal see the numbers and the potential for new merchants and are jumping in to get a piece of the market. Square’s entry signals a maturing of the market and that BNPL will become more competitive.

Share
Previous Global Payments Celebrates Its Latest Deals As Its CEO Says, ‘The Best Is Yet to Come’
Next Fiserv Debuts New Clover Product and other Digital Transactions News briefs from 8/3/21 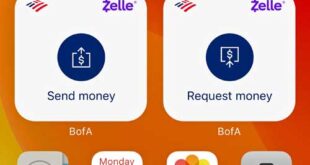 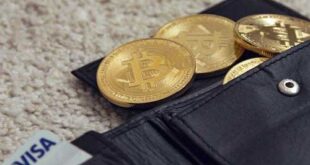 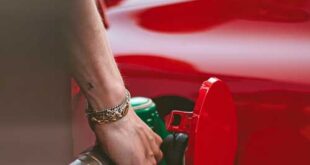