Priority Technology Holdings Inc.’s total merchant bank card processing volume increased 10.9% in the second quarter, from $9.9 billion to $11 billion, but the merchant acquirer continues to deal with the wind-down of some online subscription-billing merchants.

Priority said the wind-down of high-margin subscription merchants resulted in only $1.7 million in second-quarter revenues from such merchants within its consumer-payments segment compared with $14.4 million in the year-ago quarter. Overall, the consumer-payments segment had revenue of $92.2 million, a 5.6% decrease from $97.7 million a year earlier.

Priority’s integrated-partners segment, meanwhile, experienced tremendous growth, going from $147,000 in quarterly revenue a year ago to $8.1 million in the June-ending quarter. The bulk of that—$7.6 million—emanates from Priority Real Estate Technology, a unit formed from the March acquisition of YapStone Inc. and the 2018 acquisition of RadPad Holdings Inc. The integrated-payments segment generated $106.2 million in bank card processing volume.

“Our integrated-partners business group performed well in all industry verticals, including health care, hospitality and real estate, which has been supported by the successful business integration of the YapStone rent, dues, and storage-payment assets,” Tom Priore, chief executive and chairman, said in a press release.

Share
Previous After a Quarter Century, E-Commerce Heads Into New Territory
Next Repay Acquires TriSource Solutions and other Digital Transactions News briefs from 8/15/19 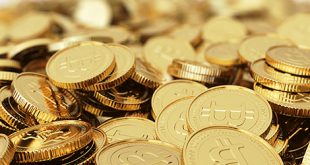