Public-transportation fare payments are morphing from closed-loop magnetic-stripe cards to contactless cards and mobile payments. Up next: One app to pay for all, including scooters, bikes, and shared rides.

Tokens are long gone and magnetic stripes are going. Contactless is coming. Beyond that, one app for all?

That, in a nutshell, is the state of fare payments for public transportation in 2020. All the while, cash is being relegated to a mandatory but decreasing role as a payment option mainly for riders who have no access to cards or mobile apps, or just don’t care to use them.

Now transport officials are abuzz over the idea of just one payment for a multi-leg trip from different providers—from parking at the local commuter-train stop to the train fare itself to a ride on a rented scooter or bike from the downtown station to the office—all compiled and mapped out through a payment-enabled mobile app.

It’s a concept dubbed mobility as a service, or MaaS, and in its fullest expression it involves both public- and private-sector transportation providers.

Transit managers, software developers, and consultants in the payments and passenger-transportation industries have been talking about MaaS for several years. Now, it’s gaining some traction, though it’ll be years before it reaches widespread adoption.

Still, the idea is intriguing.

“We know there are all of these competing and complementary modes of service,” says Randy Vanderhoof, executive director of the Princeton Junction, N.J.-based Secure Technology Alliance and director of its affiliate, the U.S. Payments Forum. “The consumer doesn’t care. They just want to get from Point A to Point B.”

The STA held its annual Payments Summit in late February. The Salt Lake City conference included considerable content about transit-fare technology, with MaaS getting a lot of attention.

Apart from MaaS, the public can see concrete evidence of technological advancement in fare payments with the coming of proprietary media and acceptance of open-loop contactless cards—debit or credit cards with a Visa, Mastercard, American Express or Discover logo—and mobile payments on many systems.

Some 20% of the nation’s transit systems are now capable of accepting open-loop payments, according to APTA. The Chicago Transit Authority has accepted them for several years, and now some other big transit markets, especially New York City’s Metropolitan Transportation Authority, are getting on board.

While they’re further along than MaaS, open-loop payments still have miles to go before they can claim a big share of payments. Percentage-wise, open-loop’s share is probably in the low single digits.

Nonetheless, transit officials say they must play the long game and prepare for MaaS even though many systems haven’t yet completed replacements of 1990s-era mag-stripe cards. That’s because the huge growth of alternatives—everything from ride-share firms such as Uber and Lyft to services that let you rent a bike or scooter through a mobile app—has changed the transportation game.

Transit is struggling to keep riders in this new era of multiple options and cheap gas. According APTA, annual public-transportation ridership reached a recent peak of 10.7 billion in 2014, then slipped each year afterward to 9.89 billion in 2018.

Final 2019 ridership data were unavailable at the time of this article, but APTA figures for the year’s first nine months show an increase of less than 1% over the same period in 2018, to 7.4 billion.

MaaS is more developed in such European cities as Helsinki, Vienna, and Hamburg, according to Rupa Krishnan, vice president and head of network products at American Express Co. and a speaker at the STA’s conference. In the U.S., MaaS needs a partnership between the public and private sectors to take off, she said in her presentation, adding that governments may need to enact enabling legislation, and all parties need to commit to data sharing.

“The key role played by the public sector in implementing MaaS cannot be [underestimated], especially in cities where commuters depend on public transit to get around,” Krishnan said.

One notable MaaS experiment is under way in Columbus, Ohio. There, Bytemark Inc., a New York City-based software-development firm specializing in transit, is working on a mobile wallet that will enable residents to plan, book, and pay for trips that include rides on Central Ohio Transit Authority buses, as well as bike and scooter sharing.

“It makes it much easier from a participant’s view to address the last-mile issue,” says Eric Reese, Bytemark’s president and chief executive and a former executive at the Chicago Transit Authority. “I have one source of funds to be able to pay for it. It is meeting the vision on what mobility as a service is.”

Riders already can use the so-called Pivot app for trip planning. Payment functionality is expected to go live in May, says Reese. The app produces a bar code on the rider’s smart phone for presentment when boarding a bus, and also enables users to book Lyft rides as well as unlock scooters. Coming features include near-field communication technology for contactless transactions.

“We are in active discussions” with other cities about implementing similar solutions for their transit systems, Reese says. “It’s something that is able to be replicated.”

Earlier this year, Uber rolled out a similar service with the Regional Transportation Commission of Southern Nevada in Las Vegas. On both systems, payments are facilitated by transit-services software developer Masabi Inc.

APTA’s Hiott says MaaS is making progress on the Dallas Area Rapid Transit system and at the Los Angeles County Metropolitan Transportation Authority, though full-blown MaaS has yet to be implemented.

A private-sector strain of MaaS comes from Montreal-based Transit App Inc., which launched in 2012 with an app that enabled consumers to plan multi-modal journeys that integrated ride-share companies and, later, bike rentals. Today, Transit’s iPhone and Android apps are integrated with various partners’ application programming interfaces and tokenize the user’s credit card for payment.

Behind the scenes, Transit creates accounts for the rider with each provider, but “from the user perspective it’s just one thing,” says David Block-Schachter, Transit’s chief business officer. Block-Schachter formerly was chief technology officer at the Massachusetts Bay Transportation Authority in Boston.

The Transit app is now available in more than 200 cities worldwide, most of them in North America, including such big ones as New York, Washington, Los Angeles, Toronto, Montreal, and Vancouver.

Most of Transit’s partners are private providers. Riders on only a few North American public systems can pay fares through the app. Participating systems include those in Denver, Las Vegas, Cincinnati, Santa Monica, Calif., and St. Catherines, Ontario.

“We’ll be easily twice that by the end of the year,” says Block-Schachter. “Our big push right now is on the public-agency side.”

Still, MaaS remains a nascent concept for most transit executives.

“Like a true public agency, we are studying,” quipped another Payments Summit panelist, Rhyan Schaub, director of fare revenue and administrative services at TriMet, the transit agency for the Portland, Ore., area.

One of TriMet’s major recent accomplishments was creating a smart-phone-based virtual card for its Hop fare system. Some 25% of the system’s active cards are now virtual, according to Schaub.

Indeed, replacing outmoded mag-stripe fare cards with chip-card-based contactless proprietary and open-loop systems and mobile wallets is a higher priority than MaaS at most agencies. APTA says 48% of transit systems offered smart card fare options in 2019, compared with only 12% in 2009.

By far the highest-profile contactless upgrade is going on in New York City, where the MTA eventually will have tap-and-go card and mobile-phone readers at all of its 472 subway stations, and on buses.

OMNY also will have its own virtual card and a physical contactless card set to launch in 2021. The system is replacing the mag-stripe MetroCard, which debuted in 1994.

The MTA in December said it had surpassed 4 million taps since partial rollout began seven months earlier. Still, it’s unclear whether riders will embrace open-loop contactless payments once the closed-loop card and virtual card are available.

At Portland’s TriMet, open loop accounts for only 2% to 4% of payments. A pioneer in open-loop payments, the Salt Lake City-based Utah Transit Authority, which began tests in 2006, quietly dropped open-loop cards last year, saying they accounted for less than 1% of daily ridership.

But the New York City area, which accounts for about 40% of the nation’s entire transit ridership, has the heft to change the fortunes of open-loop contactless payments, especially now that banks and credit unions are pumping out contactless-enabled dual-interface EMV chip cards by the millions. Visa Inc. expects 300 million Visa-branded contactless cards to be in issue by year’s end.

Share
Previous A Cloudy Forecast
Next The Surging ACH

COMMENTARY: How Banks Can Win Against the BNPL Threat 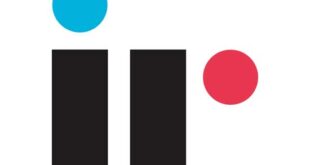 Merchants continue to pull every lever to generate additional revenue within an increasingly competitive landscape. …