A report from the U.S. Department of Education shows that fees college students pay for campus-sponsored prepaid cards and deposit accounts can vary widely.

The report was prepared by the Consumer Financial Protection Bureau for the Education Department and completed in February, but not released until Friday. The release came only after former CFPB officials tipped off journalists and consumer groups of its existence, resulting in demands under the Freedom of Information Act for its release, according to U.S. PIRG, the Washington, D.C.-based federation of state public-interest research groups.

The report analyzed prepaid card and deposit programs from 14 banks, credit unions, or other financial firms provided to 573 colleges and universities in the 2016-17 academic year for which complete data needed for the study could be obtained. The report found that weighted average account fees paid by students to the providers ranged from zero to $46.99 over the full 12-month reporting period. 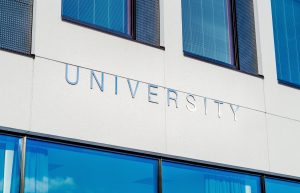 Collectively, students using accounts at colleges identified in the study paid $27.6 million in fees. The providers paid the colleges a total of $16.7 million, though under some programs colleges received no compensation.

The highest average fees were charged by Wells Fargo & Co.—$46.99 per active account over 12 months. According to the report, Wells had 304,227 accounts at 30 institutions and paid those institutions a total of $2.13 million. The lowest average fee was zero, from Fifth Third Bank, which worked with just one college. PNC Bank charged an average of $15.84 per active account and paid the most compensation, $7.56 million, to 34 colleges for which complete data were available.