With massive data breaches hitting the headlines and account-takeover fraud booming, payments players are scrambling for solutions. One possibility is so-called behavioral biometrics, a science that tries to detect imposters’ fraudulent activity in real time by comparing their online behavior with the known patterns of a genuine user.

The latest development is a collaboration announced Monday by ACI Worldwide Inc. and BioCatch Ltd. Naples, Fla.-based ACI will offer the solution, which relies on subtle challenges issued to a user during his online session, to client financial institutions around the world. The technology aims to screen out both human and robotic impostors, also known as bots. 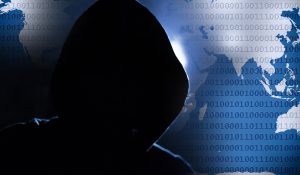 Such attacks are on the rise in large part because of widespread data breaches, which allow criminals to haul in troves of card credentials and other identifying data. The latest example is that of Marriott International Inc., which at the end of November disclosed hackers may have accessed data on up to 500 million guests of its Starwood hotels unit.

Losses from account takeover fraud in 2017, the latest year for which data are available, reached $5.1 billion, up 120% from 2016’s losses, according to a report issued in February by Javelin Strategy & Research. The same study found identity fraud generally rose by 1 million victims over 2016, to 6.64% of consumers.

Also driving online fraud is the ongoing adoption of EMV chip card acceptance, which is leading fraudsters to ply their trade in e-commerce. Javelin found card-not-present fraud is 81% more likely than card-present fraud, the highest difference it has observed in its annual reports.

ACI says the BioCatch software will work in tandem with ACI’s UP Payments Risk Management system, which manages data and integrates various risk profiles. The new approach is designed not only to catch fraud in real time but also to reduce false declines by authorizing genuine customers, the companies say.

“As online and mobile banking proliferates, fraudsters are consistently finding new ways to infiltrate banks’ systems, creating havoc for consumers and businesses alike,” said Avi Turgeman, founder and chief technology officer at Tel Aviv-based BioCatch, in a statement. “By using behavioral data to distinguish between a genuine customer and a fraudster—whether human or non-human—we are able to detect fraudulent activity in real-time.”