Eye on Covid-19: Payments Providers Hunker Down As an ATM Group Decries ‘The Scapegoating of Cash’

The electronic-payments industry is settling into a ride-it-out mode as panic selling resumed Thursday on Wall Street over the coronavirus, now deemed a pandemic by the World Health Organization.

The Dow Jones Industrial Average opened down 1,700 points, and most payments stocks went over the cliff with it. In late-morning trading, shares of American Express Co., a Dow component, were down 11% from Wednesday’s close. Shares of the highly profitable bank card networks Visa Inc. and Mastercard Inc. plunged 7% and 10%, respectively. Forty-four publicly traded payment processors, networks, wire-transfer providers, fintechs, and banks tracked by Digital Transactions News collectively were off 9%.

The markets were at record highs in mid-February. Now the Dow is down by more than 20%, officially entering correction territory. Market observers attributed Thursday’s plunge to the travel ban from many European countries President Donald Trump announced Wednesday night, a policy sure to depress demand in the beaten-down airline and hospitality sector even more.

Now payments executives and industry observers are simply hoping that reason will re-assert itself as soon as possible. “It’s really a reflection of the hysteria,” Gary Prestopino, a managing director who follows transaction processors at Chicago-based investment firm Barrington Research Associates Inc., says regarding the market volatility. “These are the same companies we had a month ago. Our feeling is this is totally unwarranted. The business models are still sound, they’re still recurring-revenue models.”

Asked when he believes the rout will end, Prestopino says that, while “it’s hard to say, I tend to think that some time in Q2 you’ll start to get a bottoming process.”

Postponed or canceled conferences, business meetings, and personal travel have prompted airlines to reduce capacity. The potential for massive refunds on canceled trips is raising the specter of cash-strapped airlines trying to claim some of the cash their merchant acquirers hold in reserve from flight bookings, according to a Bloomberg report.

Meanwhile, cash-related businesses are fighting back against claims that cash could help spread the coronavirus disease, or Covid-19.

“Since people don’t usually sneeze or cough into their bank notes, and since we all touch dozens of surfaces every day, it is disingenuous to single out cash as a medium of transmission of the virus,” the Sioux Falls, S.D.-based ATM Industry Association said in a statement Thursday. “Handling cards, mobile devices and touching keypads in public places, not to mention countless other surfaces, can carry an equal risk.”

In the statement, ATMIA chief executive Mike Lee said “the scapegoating of cash by some agencies and media is an irresponsible piece of pseudo-science, or bias, because it can distract citizens from the risks of infection on all other surfaces of their daily lives. Let’s all grow up and not arbitrarily insert into this health crisis the phony old war on cash. It’s not exactly an edifying spectacle to see an epidemic being exploited in this manner.” 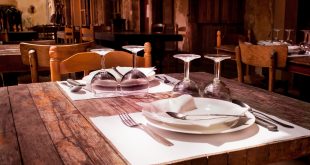 As businesses start to reopen, independent sales organizations and other payment providers are rolling out …