Convenience stores saw their payment card acceptance costs rise nearly 10% in 2018 even though sales increased only 9%, according to data reported Wednesday by the trade association NACS.

NACS, formerly known as the National Association of Convenience stores, says credit and debit card fees paid by its members rose 9.9% to $11.1 billion from $10.1 billion in 2017. The higher fees came as total U.S. c-store sales rose 8.9% to $654.3 billion from 2017’s $601.1 billion, according to the upcoming NACS State of the Industry report. Interchange, the fee assessed by the card brands for their issuers, typically makes up most of the fees merchants pay for card acceptance.

“There are likely multiple reasons why card fees increased, including an increased use of cards and higher gas prices that added more credit card fees to the same gallon,” a spokesperson for Arlington, Va.-based NACS tells Digital Transactions News by email. 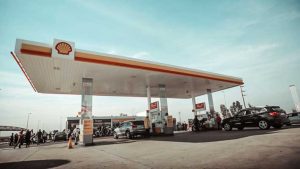 Some 78% of all transactions at the pump are on plastic: 39% on debit cards and an equal percentage on credit cards, according to NACS data. “Ten years ago, 64% of fuel customers paid with plastic,” the spokesperson says.

Payment card costs are c-store operators’ second-largest expense after labor, according to the spokesperson. Wages increased 4.4% last year, with $10.74 per hour the average wage for a store associate. The industry posted pre-tax profits of $11 billion last year, up 5.8% from $10.4 billion in 2017.