Already Ahead of Venmo in Dollars, Zelle Is Poised to Jump Ahead in Users, a Forecaster Says

Now officially a year old, Zelle is steadily gaining momentum. San Francisco-based Bank of the West, the 29th largest bank in the country ranked by assets, announced Thursday it will join the bank-controlled person-to-person payment network, which already claims some of the biggest financial institutions in the country. 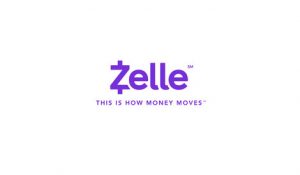 Bank of the West, a unit of the European banking firm BNP Paribas, expects to incorporate Zelle into its mobile app by the second quarter, according to a news release. The bank operates more than 600 branches in 23 states, aside from its digital properties. Now, it’s signing on with a P2P network that officially launched only last June to take advantage of a rapidly growing consumer appetite for converting casual payments from cash and checks to more or less instant digital transfers.

“Bank of the West is excited to be able to partner with Zelle to provide our retail customers with a quick and easy way to send and receive money to people they know and trust, directly from [our] app,” said Ryan Bailey, executive vice president at the bank and head of its retail banking group, in a statement. The bank’s app also includes features like mobile deposit, scan-to-pay, and an ATM and branch locator.

Zelle, with support from banking giants like JPMorgan Chase & Co. and Bank of America Corp., had long since leapfrogged Venmo in terms of dollar volume. Now, it’s poised to overtake Venmo, long a popular choice among younger, digitally active consumers, in terms of users accessing mobile P2P services at least once in the past month.

The gap between the two will keep widening, according to the projection, with Zelle ahead of Venmo by 43.2 million active users to 31.5 million by 2020, the forecast says. Square Inc.’s Cash app, another popular nonbank service the forecasters included, will in the meantime expand from 6.9 million active users in 2017 to 9.5 million this year and 13.6 million by the end of 2020.

With P2P dollars flowing from customers of major financial institutions, Zelle is already comfortably ahead in terms of dollar volume. Its volume in the first quarter totaled $25 billion, more than doubling Venmo’s $12 billion.

Share
Previous JetPay Notes Software Integration and other Digital Transactions News briefs from 6/5/18
Next As Mobile’s Importance Increases, Ease of Use And Fraud Risk Take on a Higher Profile