The National Retail Federation predicts consumers will spend $27.5 billion on gift cards this holiday season, up 5.8% from $26 billion in 2015.

The increase follows the 18% plunge last year from $31.7 billion in 2014, which was the highest gift card spending total in at least seven years on NRF surveys. The 2015 dip can be attributed mostly to the evolution of retailers’ holiday marketing strategies for November, with more and more merchants offering discounts on goods during the month, according to Pam Goodfellow, principal analyst at Prosper Insights & Analytics. Prosper is the Worthington, Ohio, research firm that surveyed more than 7,000 consumers for the retailer trade association early this month about their holiday spending plans.

“Especially in the last couple of years, November has become the month of deals,” Goodfellow tells Digital Transactions News. “It certainly has become easier for consumers to go out and buy a gift rather than a gift card.”

Consumers expect to buy an average of 3.4 gift cards this year, the same as last year. But Goodfellow predicts total spending on those cards to hit $157 compared with $153 in 2015. “I think [consumers] might be feeling a little more generous this year,” she says. “It’s not a huge leap, but … economic indicators are looking a little more positive than last year.”

Some 35% of consumers who plan to buy gift cards said they’ll be buying restaurant cards, making eateries the most popular card category. Other next most favored card categories were department stores, 33%; Visa/MasterCard/American Express general-purpose gift cards, 22%; coffee shops, 21%; and entertainment, 17%.

Gift cards ranked second among 14 types of gifts consumers plan to give this year. Clothing and accessories came in first, with 61.2% of consumers planning to buy gifts in that category. Next were gift cards at 55.9%, followed by books, CDs, DVDs, videos or video games at 43.6%. Cash ranked 11th at 19.5%.

Prosper Insights & Analytics queried 7,206 consumers for its research. The survey has a margin of error of plus or minus 1.2 percentage points. 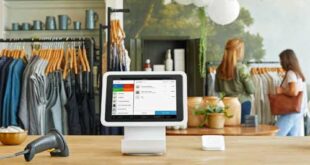 ‘No Longer a Separation’ Between Online And Offline for Shoppers and Stores, Square Says 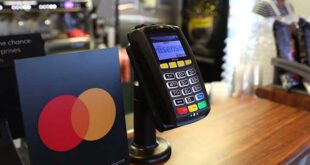