As payments fraud grows more threatening by the year, a report on Thursday from the governing body for the automated clearing house network recommends the payments industry shift its emphasis from combatting unauthorized debits to preventing crimes involving credit payments.

Dubbed a “new risk-management framework,” the recommendation issued by Nacha concerns cases in which fraudsters induce account holders to send money to accounts the criminals control. These credits, as they are known, can flow through a variety of pipes, Nacha says in a statement accompanying the report, including ACH credits, wire transfers, card networks, and “other instant and digital payments.”

One popular tactic, known as business email compromise, involves fraudsters who dupe corporate employees into sending money to a bank account the fraudsters control. Often the fraud is accomplished by impersonating, via email or over the phone, someone in authority at the sending organization. This fraud alone cost organizations $2.4 billion in losses last year, according to an FBI statistic quoted by Nacha’s report.

Another example, involving fraudulent transfers by duped users of peer-to-peer transfer networks, became a headline issue this summer. A group of U.S. Senators sent letters to the big banks that control Early Warning Services, the company that controls the Zelle P2P network, demanding answers about cases in which users had been tricked into sending money to fraudsters.

Rising losses to such activity, involving what the report calls “new and persistent frauds that increasingly make use of credit-push payments,” warrant a change in emphasis by the payments industry as a whole, not just the ACH, Nacha says. “We need a new way of thinking about fraud detection, prevention, and recovery and a cultural change about fraud-information sharing,” said Jane Larimer, Nacha’s president and chief executive, in a statement.

Nacha’s report is careful to emphasize that the problem involves a wide variety of networks, including “ACH credits, wires, cards, and other instant and digital payments,” and calls for cross-industry cooperation in combatting credit frauds. Nacha’s Thursday release quotes Tim Thorson, a Regions Bank executive, in underscoring this ecumenical approach. “All participants in the payments system have roles to play in working together to combat fraud,” says Thorson in the statement. Thorson is a member of Nacha’s Rules and Operations Committee and its Risk Management Advisory Group.

For its part, Nacha says the shift in emphasis outlined in the new “framework” has three objectives: increasing industry awareness of credit-push frauds; cutting down the number of successful frauds; and increasing funds recovery after a successful fraud. 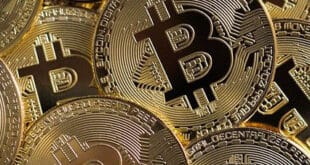 OnShift Inc., a provider of human-capital management software for caregivers, is dropping the fees for …