Last month, the U.S. automated clearing house network reported a double-digit increase year-over-year in transactions in the second quarter while dollar volume ballooned 94%. Nacha, the network operator, also said the volume of all transactions on the system reached 7.5 billion, up from 7.3 billion in the first quarter. That’s a significant increase for a big number.

What accounted for the growth? Nacha credits a decision earlier this year to raise the limit on same-day transactions to $1 million. The second quarter was the first full period with that higher limit—up by a factor of 10 from the old one. At the stroke of a pen, tens of millions of transactions became eligible for ACH processing, many of them high-dollar transfers.

As a result, while same-day transactions grew 24% to 185 million for the quarter, the total dollar volume exploded 94%, to $486 billion. Even compared to the year’s first quarter, same-day value was up by two-thirds in the April through June period.

The network has been preparing for this new dollar limit for some time, and the hard work appears to have paid off with a geyser of new volume. “The payments community asked for the $1 million limit, and the ACH operators and financial institutions joined with Nacha to make it a reality,” said Nacha president and chief executive Jane Larimer, in a statement released when the network’s quarterly performance was announced. “The results show the benefits of same day to users of the ACH network.”

A species of faster payment processing, same-day ACH allows transactions to clear and settle on the day they are initiated, rather than in the usual ACH clearing time of next-day settlement.

Business-to-business payments also climbed quickly in the quarter, reaching 1.5 billion, a 12.3% increase year-over-year on a large volume base.

Among the transaction types Nacha breaks out, peer-to-peer payments grew the fastest, increasing 24.2% year-over-year to 80.6 million and reversing a 12% decline in the first quarter. Payments on the Internet grew 8.2%, to 2.3 billion, while health-care transactions totaled 113.7 million, up 5.3%.

Nacha has steadily raised the dollar limit on same-day transactions since faster clearing was introduced in 2016, timing the increases as the network gained confidence in its ability to control fraud. The original cap was $25,000. Now, with a $1-million limit, observers expect faster payments on the ACH system to grow apace.

Larimer also expressed confidence in the ACH’s ability to continue generating overall volume growth, even without the Covid-driven government stimulus payments that figured in its results early in the pandemic.

Talk of instant payments has been in the air for some time. For many, and for now, same-day results will do. 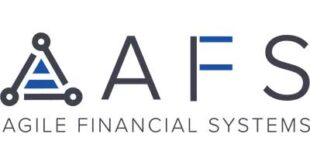 Agility with e-commerce: Enabling e-commerce payments is no longer negotiable