The global coronavirus scare has prompted a number of warnings that could end up benefiting electronic payments, particularly contactless transactions. Authorities ranging from the World Health Organization to doctors in local practices have warned this week about the risks of handling paper currency, and some have also cautioned against touching publicly available terminals used for everyday interactions, such as point-of-sale devices and ATMs.

Now, payments experts are talking about a positive impact for technology that allows consumers to avoid touching bank notes or devices in stores or other public places. “Someone approached me at our conference last week and suggested that we should be talking about the benefits of contactless and [near-field communication] as a more sanitary means of making payments transactions,” notes Randy Vanderhoof, executive director of the Princeton Junction, N.J.-based Secure Technology Alliance. The STA’s annual conference took place in Salt Lake City.

A letter from a doctor that appeared in The Wall Street Journal Thursday warned not only against Covid-19, the coronavirus strain now spreading from country to country, but also against flu and other viruses. He advised that “the rapid implementation of contactless credit card devices … would be cost-effective and help to prevent the spread of many viral infections…”

Visa Inc. reported in January that one-third of its card-present transactions worldwide are contactless, up from a quarter a year ago. And while the contactless share in the U.S. market is much lower, some extensive mass-transit agencies, including New York City’s Metropolitan Transportation Authority, are launching systems that accept general-purpose contactless credit and debit cards.

Whether the virus scare will prove to be a lasting boon for technologies such as contactless POS devices remains to be seen, but some observers contend it could well provide at least a short-term boost. “Contactless cards and mobile NFC are much safer because they do not come in contact with the reader and no one else needs to handle the card in most cases,” says Vanderhoof in an email message.

Vanderhoof points out that even more recent technologies like contact EMV don’t provide the same protection. “Using EMV dip readers means that even if no one else handles my card, I am [potentially] getting transfer germs from the other cards that were inserted into that device,” he warns.

Contactless, though, isn’t always contact-free. In some circumstances, consumers using debit cards can be prompted to enter a PIN, requiring them to touch a keypad or device screen. PIN entry is usually governed by network or issuer rules. Vanderhoof said he did not have data on the percentage of contactless debit transactions requiring a PIN.

And the ripple effects of the Covid-19 scare could work against some payments technology. ATMs, for example, are typically used to dispense cash, a medium many experts have cautioned can spread the disease. The WHO, an agency of the United Nations, has warned that bank notes can remain infectious for a number of days, and advised users to wash their hands after handling them.

So far, though, experts aren’t seeing an impact on ATM activity. “I haven’t heard anything from any of our members on this,” says David Tente, executive director, USA and the Americas, at the Sioux Falls, S.D.-based ATM Industry Association. “Our members at this point aren’t expressing any concern.” 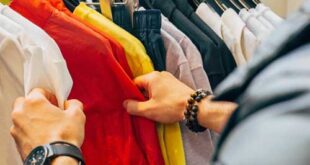