Fit Pay Announces Flip, a Wearable for NFC Transactions Based on Bitcoin

It was probably only a matter of time before someone combined contactless payment, wearable devices, and cryptocurrencies. On Thursday, Fit Pay Inc. announced a device that will let users convert digital currency holdings into fiat currency for transactions at any point of sale capable of contactless interaction using near-field communication.

The San Francisco-based company, which was acquired last spring by Melbourne, Fla.-based authentication-technology specialist Nxt-ID Inc., said it will start taking “pre-orders” later this month for the device, called Flip. Pricing information will be released at that time, a spokesperson says, adding Flip will likely be a wristband or a coin-shaped device, similar to a casino chip. 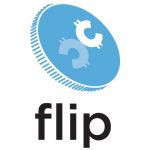 A Fit Pay Web site has been set up to collect email addresses from interested users. The first orders will be fulfilled in the second quarter, Fit Pay says, though the Flip device will be available only in the United States.

“Flip is a very convenient way to use cryptocurrency value to make retail transactions,” Michael Orlando, president of Fit Pay, said in a statement. “Not only does it seamlessly exchange cryptocurrency into dollars, it’s contactless, giving users a simple tap-to-pay experience.” Orlando was an executive with e-commerce processor Cybersource Inc. and identity-verification vendor Jumio Inc. prior to co-founding Fit Pay in 2014. Among other ventures, Fit Pay provides the platform behind Garmin Pay, a contactless-payment capability that works with Garmin International Inc.’s vivoactive 3 smart watch.

Flip will include a digital wallet that will store dollar value converted from the user’s crypto holdings. Users will be able to set load and re-load amounts. Bitcoin will be enabled initially, but other digital currencies could be added later, the company says.

The arrangement relies on a connection with Cascade Financial Technology Corp., a Las Vegas-based prepaid program manager, that allows users to convert crypto holdings into dollars and then store the funds on the device. Fit Pay had earlier contracted with Cascade to support contactless prepaid transactions on a range of form factors.

In related news, Bitcoin has staged a rally of sorts in recent days, rising from just over $6,000 early Tuesday to better than $8,200 mid-morning Thursday, according to Coinmarketcap.com.

Share
Previous Cantaloupe Acquisition Adds 270,000 Connections to USA Technologies’ Network
Next Don’t Know About TLS? You, and Your Merchants, Soon Will