Marking Apple Pay’s third anniversary, an Apple Inc. executive Sunday night outlined an ambition to make the wallet usable in a wide range of what the company calls “everyday” events in people’s lives. “This [Apple Pay] is the future of everyday spend,” declared Jennifer Bailey, vice president for Internet services at Apple.

Speaking at Money 20/20, a financial-services technology conference in Las Vegas, Bailey pointed to a variety of routine markets where Apple Pay is already accepted: Retailers including Dick’s Sporting Goods and grocery chains operated by Albertson’s Cos.; mass transit, including the MTA in New York City; the ride-sharing app Lyft; order ahead at restaurants, including Chipotle and McDonald’s, both starting next month; and entertainment tickets through Ticketmaster. Apps for parking and delivery services are also on Apple Pay’s list, she said. 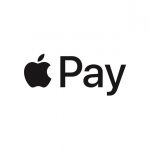 Bailey also pointed to Apple Pay Cash, a peer-to-peer payment feature of Apple Pay that the company announced earlier this year. The Apple Cash Card, a key component of Apple Pay Cash managed by prepaid specialist Green Dot Corp., will also be usable in stores, she said. Apple Pay Cash is undergoing tests by Apple employees and will be launched later this fall.

Apple Pay’s ambition to build usage by penetrating everyday spend comes as experts point to slow adoption of it and other mobile wallets issued by tech companies. While 27% of owners of compatible Apple devices use Apple Pay, just 8% use it at least once a week, according to First Annapolis Consulting.

The opportunity, however, in getting a share of commonplace spending could be huge, Bailey told the audience. Without citing specific volumes, she said everyday spend is twice the volume of e-commerce and five times that of physical retailing. “We’re now ready to transform the world with the way we pay with Apple Pay,” she said.

Apple Pay, which works via the iPhone and Apple Watch at the point of sale with near-field communication, can also be used in-app and online through Apple’s Safari browser. Bailey said Apple Pay accounts for 90% of U.S. contactless transactions currently. Contactless until recently was relatively rare in the United States as many merchants that installed EMV terminals worked to activate the terminals’ NFC capability. Half of all U.S. retailers are now capable of accepting Apple Pay, according to Bailey.

Worldwide, some 4,000 issuers in 20 markets now support Apple Pay, she added. This figure includes about 1,500 U.S. issuers, according to the latest list on Apple’s Web site. The mobile-payment service was officially launched three years ago Oct. 20, with the U.S. as its first market.

Share
Previous Tokenization Gets a Boost as The Clearing House Signs on To Manage Mastercard Tokens
Next Merchants in a Quandary Balancing Fraud Reduction and Higher Transaction Volume: Report