Just over 6 billion payment cards now bear the UnionPay logo, and in 2016 the Chinese network accounted for 43% of all general-purpose credit and debit cards in the world, up from 41% in 2015, according to new findings from London-based Retail Banking Research.

RBR estimates the worldwide payment card market hit 14 billion last year, an 8% increase from 2015. Most of the growth was in Asia, RBR reports.

Visa, including its Interlink, Electron, and V Pay brands, saw its global market share slip slightly to 21% last year from 22% in 2015. In all, Visa had about 3 billion cards in circulation as of last Dec. 31.

Mastercard, including its Maestro and Mastercard Electronic brands, also saw a percentage-point drop in share to 16% in 2016. Approximately 2.3 billion cards display Mastercard brands.

Together, UnionPay, Visa, and Mastercard account for about 80% of credit and debit cards, with American Express, JCB, Discover, and domestic-only cards taking the remaining 20%. RBR calculates the worldwide market shares of AmEx and Japan-based JCB at 1% last year, unchanged from 2015. Also unchanged were the estimated market shares of Discover and the Discover-owned Diners Club International network at 0.4% and 0.1%, respectively.

Despite its massive size, the UnionPay network is mostly a domestic one, with only 1% of its cards issued outside of China, according to RBR. The network eventually will face more competition, assuming Chinese regulators clear the way for Visa and Mastercard to operate in the country.

“UnionPay may struggle to maintain its high global share once the international schemes obtain domestic licenses to operate in China,” RBR associate Daniel Dawson said in a statement. “It will increasingly look to expand its business abroad to counteract competition in its home market.” 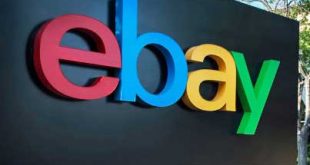