A bevy of fees levied by the two major card networks is offsetting much of the fee relief merchants receive from the 7-year-old Durbin Amendment, according to new findings from a payments-research firm that is studying the issue on behalf of the retail industry.

While the Durbin caps on debit card interchange fees for big banks should have delivered $9.37 billion in annual savings based on total estimated debit volume this year, the yearly benefit net of new fees and fee boosts from Visa Inc. and Mastercard Inc. is actually $4.6 billion, or less than half what merchants might have expected to reap, estimates CMS Payments Intelligence Ltd., which maintains offices in Manchester, United Kingdom, as well as Atlanta and specializes in data on merchant-acceptance costs. 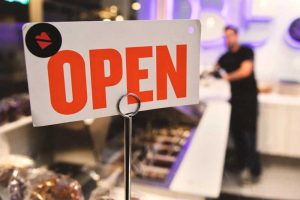 The office of Sen. Richard Durbin, D-Ill., who sponsored the debit-interchange restrictions as an amendment to the sprawling 2010 Dodd-Frank Act, did not respond to a request for comment on the CMSPI research.

The shower of fees comes against a background of confusion among retailers, many of which find it difficult to track the charges and understand what they are for, the research firm says. “The communication of these fees is limited. It’s communicated to processors, but there’s no standard way it’s communicated to merchants,” says Alex Ellwood, vice president of global marketing at CMSPI. “Sometimes they see it on their invoices, but it’s too late then.”

New research like that of CMSPI is casting a spotlight on the fees charged by the networks after years of focus by merchant spokespeople on interchange rates. “There’s a strategic error on the part of merchant advocates in focusing solely on interchange,” says Mark Horwedel, until recently chief executive at the Merchant Advisory Group and now a strategic consultant with CMSPI. The MAG is a Minneapolis-based association of more than 100 of the nation’s biggest merchants that concerns itself with payment issues.

Visa and Mastercard are expected to release new fee schedules in April, heightening apprehensions among merchants that both interchange and network levies may grow more burdensome. Unlike interchange rates, which the networks set but whose proceeds are funneled to card issuers, network fees are collected by the networks to offset various costs.

The research indicates some 24 such fees have increased since 2012. One significant new levy is Visa’s fixed acquirer network fee (FANF). Rolled out in 2012 in response to Durbin’s interchange curbs, this fee applies to both credit and debit card transactions. CMSPI estimates this fee alone nets $1.5 billion annually based on projected merchant volume on credit and debit cards in 2019.

As with other network fees, acquirers pay the FANF but then pass it on to merchants. Generally speaking, the fixed nature of the levy rewards merchants that concentrate their volume at Visa, which at the time it introduced the FANF argued it had also lowered and eliminated a few other charges.

CMSPI’s research shows seven revised fees slated for 2019, including an increase in the Visa Credit Card Assessment Fees, which went into effect Jan. 1. That levy was increased 0.01% and will bring in $195 million based on this year’s expected volume, the firm predicts.

Six other amended Visa fees take effect in April and are expected to raise $375 million altogether, CMSPI estimates. The biggest of these is the Visa International Service Assessment Fee Base, which is slated to rise 0.2% April 13 and generate $310 million against projected 2019 volume.

Critics argue that an absence of real competition gives the networks leeway to raise fees at will. “If [they] can levy new fees without jeopardizing merchant acceptance, then that’s what they’re going to do,” says Callum Godwin, research manager at CMSPI.

Network spokespeople counter that merchants unhappy about the fees are missing, or underappreciating, the value of card acceptance.

“Retailers continue to try and discuss price in isolation from value—this is an absurd construct,” says Jeffrey Tassey, chairman of the board of the Electronic Payments Coalition, a Washington, D.C.-based lobbying group for the card networks, in an email message. “Being able to accept credit or debit cards is a huge benefit to retailers. Inserting a card is fast, convenient, and less risky than the cost (averaging nine percent) of managing large amounts of cash. Moreover, consumers prefer to use cards.”

The future of digital payments is being created now with the adoption of contactless payments, …