Visa Inc. is working fast to expand its foothold in cross-border remittances, a relatively new market for the card network. On Wednesday, MoneyGram International Inc. announced it is the first remittance service to allow international transfers that rely on Visa Direct, a push-payment service that enables real-time transfers to holders of Visa-branded debit cards. The new service, which has been available within the United States since September, is starting with transfers to Spain and the Philippines.

Visa has made the cross-border payments market a top priority. MoneyGram’s expansion of Visa Direct service overseas follows an announcement in June that Visa would develop a similar arrangement with The Western Union Co. And in May, the card company laid out $320.4 million to buy Earthport PLC, a London-based remittance firm, after winning an intense bidding war with Mastercard Inc.

Now, with transfers available via Visa Direct to two overseas countries, Visa and MoneyGram plan more international destinations in the months to come, the companies said. “We are committed to supporting the best possible cross-border money transfer experience for consumers and businesses around the world,” said Bill Sheley, a Visa senior vice president and global head of Visa Direct, in a statement. “The initial launch phase with MoneyGram has been a success. Based on customer feedback to date and seamless integration of Visa Direct into MoneyGram’s digital network, we look forward to continuing the rapid expansion of this service to new markets worldwide.”

The MoneyGram service allows senders in the United States to use the remittance company’s Web site or app to send money. Visa claims more than 1 billion cards worldwide are eligible for such transfers, though information was not immediately available how many of these are in Spain and the Philippines. “Cross-border digital growth is a key strategic priority,” said Alex Holmes, chief executive of Dallas-based MoneyGram, in a statement about the new service Tuesday.

With the start of the Visa Direct service, MoneyGram is charging $1.99 per transaction to both countries. This does not cover foreign-exchange costs, which can be substantial. “The most expensive piece is the foreign-exchange piece,” notes Sarah Grotta, an analyst at Mercator Advisory Group, a Marlborough, Mass.-based consulting and research firm.

International transfers clearly represent a big opportunity for both Visa and Mastercard, whose rival service is called Mastercard Send. “Both Visa and Mastercard have been building out their global push-payments [services] for a while,” says Grotta, in an effort to capitalize on demand for faster payments in markets that have historically relied on non-digital networks.

Visa Direct and Mastercard Send rely on a technique called the original credit transaction, which was developed by the networks originally to handle refunds to customers by reversing the usual flow of funds through the networks so money moved from store to cardholder. 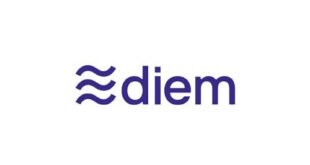 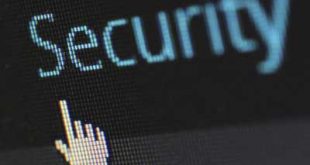