The Durbin Amendment’s debit card interchange price cap took effect six years ago this month, prompting a merchant group to celebrate the occasion and claim the measure has saved consumers and merchants $48 billion. But a lobbying group of payment networks and banks derided those savings estimates and once again said the amendment has hurt consumers. 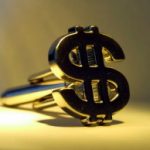 A small section of the sweeping Dodd-Frank financial reform law of 2010, the Durbin Amendment capped the debit card interchange banks and credit unions with more than $10 billion in assets could receive at 21 cents plus 0.05% of the transaction, along with another penny if they took certain fraud-prevention measures. The cap cut the debit interchange revenues of big issuers by about 50%.

The MPC calculated total savings by extrapolating the first-year savings listed in a controversial 2013 report by economist Robert J. Shapiro, chairman of Sonecon LLC. Shapiro estimated the amendment cut merchants’ interchange expenses by $8.5 billion in 2012, its first full year in effect, and that they passed on 69% of the savings, or $5.86 billion, to consumers in the form of lower prices.

The Electronic Payments Coalition, a staunch opponent of the amendment, quickly jumped on the MPC’s 6-year estimates.

“This is a farce perpetuated by big-box retailers who falsely promised to pass on savings from the Durbin Amendment,” Molly Wilkinson, the Washington, D.C.-based EPC’s executive director, says in an email to Digital Transactions News. “A dozen studies, including two from Federal Reserve economists, prove just how much the Durbin Amendment has hurt consumers. And the Shapiro study has been so thoroughly discredited that I’m surprised the retailers still use it.”

Amendment critics say banks responded to the measure by reducing free checking and cutting rewards programs. An effort by Congressional Republicans to repeal the Durbin Amendment failed earlier this year.

Share
Previous Smart Checkout Is Advancing, But Getting Rid of the Checkout Will Take a While
Next Wells Fargo Launches NFC Cardless Cash ATM Service and other Digital Transactions News briefs from 10/10/17