Contactless Payments: We Can Do Better

Yes, consumer usage has grown since Covid-19 set in, but a lack of coordination among industry players has led to confusion at the point of sale.

Contactless chip-enabled cards that allow consumers to simply wave their plastic in front of a similarly enabled merchant terminal to complete a purchase without needing to touch a point-of-sale terminal were tailor-made for the onset of the devastating coronavirus pandemic.

Their use has seen a marked increase as announced by the global card networks and processors, and they certainly have attracted much media attention.

The interest in contactless cards has been a focus as the number of new users of mobile wallets that also allow consumers to tap and pay for purchases in-store has plateaued. The global card networks have been championing contactless card use for years, and issuers and merchants have been slowly, methodically adopting the technology on their own timetable. Apart from some standout examples in transit fare collection use had been rather tepid.

Then along came Covid-19.

The most creative marketers in the world could not have developed a more convincing campaign to raise awareness of contactless technology. The virus has single-handedly prompted consumers to begin waving their cards at merchants’ checkout rather than risk touching a POS terminal by dipping a card into a contact chip reader or even swiping their cards through the magnetic stripe reader.

But it has been difficult to pinpoint the actual growth of contactless card transactions or dollar volumes in the United States. Some of that I believe is purposeful.

Networks, processors, and other players are happy to share incredible year-over-year growth percentages for contactless card use, but less likely to share the actual numbers. This would reveal that use in 2019 was very low, likely in the range of 1% to 2% of total card volumes. So even slight growth in transactions in 2020 would deliver some impressive percentages.

Also, some of the data about contactless use currently being broadcast is survey-based, and that can run into definitional issues that skew the adoption rate. Where payment experts may think of contactless as a chip on a card or a mobile device capable of transacting through near-field communication, consumers are thinking in terms of their own needs and simply recall contact-free checkout experiences.

This may include placing an order with a grocer on their computer for delivery or using mobile-order-and-pay with a local restaurant for carry out. When the consumer perspective is not considered, the adoption of contactless cards and universal wallets may be exaggerated.

Certainly, the increased use of contactless cards is real. PSCU, the Florida-based credit union service organization, has released some of the most revealing data regarding transaction trends.

This survey also found that 12% of cardholders who had never used a contactless card were using it for the first time in reaction to the pandemic.

But before the payments industry collectively pats itself on the back for the recent growth in contactless transactions, I’d like to suggest that there is room for improvement. The rollout of contactless-capable cards that began long before the onset of Covid-19 has produced an uneven user experience for many consumers as conveyed by issuers and as experienced first-hand.

Sometimes it works as expected, providing a better user experience and faster checkout. Sometimes the cardholder cannot find the NFC reader on the terminal and begins circling the POS terminal with the card like a magician’s choreographed act before the trick is revealed. And sometimes the transaction simply fails, likely due to compatibility issues between the chip in the card and the generation of the technology in the terminal.

We also seem to have fumbled the opportunity for a contact-free checkout with the use of contactless cards and wallets, slowing down the purchase process and requiring interaction with the grimy terminal.

While the objective from a cardholder’s point of view is to avoid catching a life-threatening disease through a payment terminal, many merchants are insisting that consumers touch the display panel or pick up the attached stylus to select a payment type, confirm their purchase amount, select receipt type, and maybe agree to round up the dollar amount to contribute to a charity.

With all of this activity demanding cardholder attention and response, the value of contactless to the consumer—a quick and touch-free interaction—is lost.

This is reminiscent of the U.S. approach to the migration of EMV chip cards. Like contactless card technology, EMV technology had been around for years, and, outside of a few implementations, largely ignored. Then there was a major event. For contactless it has been the pandemic, but for EMV it was the major retailer data breaches.

The industry, in full-on reactionary mode, committed to the technology and rushed the implementation—and, as one of several unintended consequences, left the befuddled cardholder at the point of sale trying to figure out how to pay.

Its seems that we are now stepping into that phase where issuers are rushing to move up their contactless card issuance, and merchants, at least those that are not fighting for mere survival, are scrambling to get terminals contactless-certified. In both the EMV and contactless rollouts, it appears that shoppers’ interests have not been the first consideration.

Prior to the pandemic, we also had a widespread lack of awareness on the part of both merchants and consumers about contactless. Issuers went to the expense of issuing cards with contactless capability, yet very little was done to market it.

At the same time, while networks were reporting ever greater issuance numbers, consumer and merchant surveys showed very little knowledge of the technology’s existence—and, even worse, almost no understanding of its benefits.

The less altruistic reason for the investment in contactless card technology is the opportunity for issuers to convert cash transactions to interchange-generating activity. That rests on the assumption that the cash-to-contactless conversion experienced in other countries such as Australia and the United Kingdom will be duplicated in the U.S.

There is certainly a lot of opportunity. Though the use of cash to pay for things in stores is declining, cash is still the next most popular form of payment for in-person transactions after debit and credit cards.

If we are ever going to get this right, there needs to be much better coordination. In a free market, there is choice, and choice can be messy and induce indecisiveness. The payments industry can still get this right and retain options by recognizing the needs, monetary and otherwise, of each participant in the payments value chain and align with all participants.

This doesn’t mean mandates, but rather coordination between major players, and some ground rules on results. This includes benefits for the consumer, who recently seems to have been forgotten. 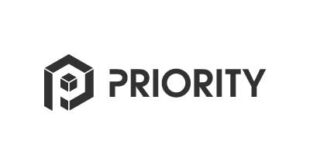 Why Integrated Payables are the Future of B2B Payments

The “digital first” world has arrived—and there’s no turning back. While B2B payments have lagged …