The same force that decades ago hit the streets and made credit and debit card acceptance nearly universal is revving up in a nascent effort to do the same for cryptocurrency. Aliant Payment Systems, a Fort Lauderdale, Fla.-based independent sales organization that has been marketing Bitcoin, Ether, and Litecoin acceptance to merchants for months, will now act as a crypto gateway and referral partner for iPayment Inc., one of the country’s largest acquirers with more than 137,000 merchants.

Under the deal, Westlake Village, Calif.-based iPayment will send interested merchants to Aliant for acceptance of crypto coins. Word of the deal was just announced this week, but “we have an active pipeline, and we’re following up with those that have expressed interest,” says Denise Tahali, senior vice president for partner sales at iPayment. 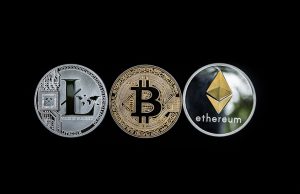 Tahali says iPayment began looking into crypto acceptance because it wanted to offer a unified menu of payment options so that agents and ISOs wouldn’t have to look elsewhere. “A lot of agents want to offer cryptocurrency but a lot of [them] have multiple relationships, and it’s taxing on them,” she says. “We’re trying to offer all the solutions. Either they can be the face [to the merchant] and submit the app, or we can do it for them.”

Neither Aliant nor iPayment will discuss the pricing terms of the deal in detail, though Eric Brown, chief executive at Aliant, says it will consist of a “small” monthly fee, a transaction fee, and a “monthly rate.” Agents then “will price it up,” he says. “If there’s a few bucks to be made, ISOs will figure it out.”

Agents with iPayment that want to offer crypto acceptance will sign contracts with Aliant, Tahali says, and all crypto processing will be handled through arrangements set up by Aliant. Brown will not discuss these arrangements but says Aliant has discontinued an integration it had established earlier with NetCents Systems Ltd., a 5-year-old, Vancouver, British Columbia-based exchange. Brown won’t comment on the reason. NetCents is working to resume trading on the Canadian Securities Exchange after being suspended in April.

Though many payments experts look at Bitcoin and other cryptocurrencies as exotic—and wildly volatile—payment instruments with narrow appeal, Tahali says agents and ISOs are looking at the issue as a matter of merchant retention as well as acquisition, especially among the smaller merchants ISOs typically deal with. “We’re seeing people want to be able to accept crypto,” she says, likening the subject to discounting for cash, another popular topic among small-and-medium-size businesses.

Besides, Tahali says, many consumers have piled up a hoard of Bitcoin, which, though it has lost substantial value since December, is still worth about three times as much as it fetched a year ago. “Somebody’s buying it,” she notes. “If they buy it, they’ll want to spend it.”

The acquisition of iPayment by Paysafe Holdings UK Ltd., announced in April, will not affect the deal with Aliant, Tahali says. Meanwhile, Brown is optimistic about the lift the tie-in with iPayment will bring to his company.

“We’re going to have a busy summer,” he says.

Share
Previous Time’s Up: What Will Be the Impact of Europe’s GDPR on U.S. Payments Companies?
Next VeriFone’s Bid To Go Private Progresses and other Digital Transactions News briefs from 5/25/18

Payment-platform provider Dwolla and Infinicept, a Denver-based firm that specializes in embedded payments, are teaming …