The U.S. petroleum industry has until October 2020 to comply with the card networks’ deadline to accept EMV chip cards. Will it make it? According to one expert observer, the odds aren’t good. “Some will not be ready,” Terry Mahoney, a partner who follows the industry at Chicago-based W. Capra Consulting Group, tells Digital Transactions News.

Recognizing the problem, some petroleum companies are offering financial incentives to their marketers to help them with the expense of compliance, Mahoney said. He estimated that, fully rolled out, the cost of the EMV pump conversion alone will total $4 billion to $6 billion. The EMV fuel pump deadline had been October 2017, but the card brands moved it in light of the complexity of the conversion to chip card acceptance. Gas stations are doing better with their indoor retrofit than with their forecourts, he noted. According to estimates he presented at a payments conference Wednesday, anywhere from 30% to 50% of locations have already converted their in-store systems to EMV acceptance. He figures that figure will reach 90% by the end of the year. All told, there are about 150,000 fueling sites in the United States, he said.

The good news is that that progress bodes well for quicker completion of gas-pump retrofits by a majority of dealers. “The ones that have completed indoor [EMV] are the ones we see moving fastest on outdoor,” Mahoney told the audience at Payments Summit 2018, convened in Orlando, Fla., by the Secure Technology Alliance.

The problems marketers face include the complexity of melding indoor and outdoor sales and the sheer cost of replacing or retrofitting gas pumps. These costs are simply too burdensome for some retailers, incentives or not. “The mom-and-pop [location] looks at spending on technology versus spending on retrofitting the bathroom,” he said.

Mahoney estimates that, for the bottom quarter of dealers ranked by profitability, the total cost of the EMV conversion exceeds their yearly profit. These stations may simply resort to sending customers inside the station to pay for their gas, Mahoney says.

Another complication stems from a scarcity of technicians trained to help dealers convert their pumps. “What’s got everybody worried?” Mahoney asked the audience. “It’s the number of certified installation technicians. There are half a million [fuel] dispensers that have to be upgraded in the next 18 months.”

Acquirers can play a role, he advised, by making sure they can funnel resources to their clients to help with certification of new systems. They can also help run pilots of new equipment and lend trouble-shooting support. Most important, they can monitor transactions to spot locations where fraud is trending up, Mahoney said, and then track progress in reducing fraud. Since indoor and outdoor transactions fall into separate merchant category codes, he said, it would be ideal if processors tracked the fraud results separately.

Share
Previous Canadians Embrace Contactless Payments, but Are Cautious About Other New Payment Forms
Next Protecting Businesses and Customers from Fraud 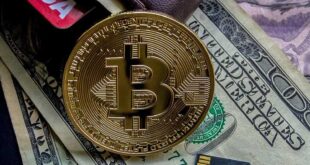