Apple Pay: No Charge for Merchants, But Transaction-Security Fees for Issuers

Apple Inc.’s introduction of its new Apple Pay service for its soon-to-be released iPhone 6 and the Apple Watch raised a huge number of questions in the payments industry. One of the biggest topics of speculation is just how is Apple going to make money from the service, with combines near-field communication (NFC) contactless technology, tokenization of payment card data, and biometrics.

Press reports have said that credit card issuers will be paying Apple, but estimates on pricing have varied and exactly for what is unclear. Some reports have said issuers might share with Apple some of the interchange they receive when their cards registered to an iPhone 6 are used for purchases. Others have speculated that Apple would charge issuers a fee to put credit or debit card credentials into its Passbook mobile app, which produces digitized versions of the cards a user wants to access for Apple Pay.

But now it looks like issuers will be paying about 15 basis points, or 0.15% of an Apple Pay purchase, for what amounts to a guarantee by Apple that a tokenized and biometrically verified transaction is good, a source familiar with the payments industry tells Digital Transactions News.

Apple declined to talk with Digital Transactions News about Apple Pay’s pricing or operational aspects. But clues can be found in the Web site it created for software developers working on applications for Apple Pay. The “Getting Started” section poses some common questions, including, “How much does it cost to accept Apple Pay?”

Here is how Apple answered its own question: “Apple does not charge users, merchants or developers to use Apple Pay for payments. Your credit and debit transactions will continue to be handled by the payment networks.”

With users—consumers—and merchants and developers out of the running, the remaining actors on the payments stage for potential revenue generation could only be card issuers and the networks. While neither Visa Inc. nor MasterCard Inc. would discuss revenue or pricing regarding Apple, no executives among the many Digital Transactions News interviewed this week mentioned new revenues flowing from networks to Apple.

Instead, Apple is looking to earn revenue from its role as a “token-assurance provider” for issuers, the source says. Apple can do this because Apple Pay relies extensively on tokens and associated technology for device identification and transaction authorization.

Under the scenario outlined by Apple and the networks this week, a cardholder with an iPhone 6 can designate the card he already uses for paying for purchases in Apple’s iTunes service as the default payment mechanism for Apple Pay via Apple’s Passbook app. Or, he can load other cards into Passbook by simply taking pictures of them, with Apple then passing the data to issuers for verification. When that happens, the issuer requests that the card network generate a token, a digital replacement for the 16-digit primary account number (PAN), to be placed on the iPhone’s secure element, which Apple controls.

During a purchase, the user selects the card in Passbook that he wants to use and taps the iPhone on an NFC-enabled contactless terminal (there are about 220,000 such terminals in the U.S., many in vending machines) while holding the Touch ID button on the screen. Touch ID accesses his previously encoded digitized fingerprint. The system then generates a one-time-use cryptogram that the issuer ascertains is associated with the card token. If all checks out, the purchase is approved in less than a second.

By promoting the use of tokens and adding fingerprint biometrics as another layer of security, Apple can justify charging issuers its fee of 15 or 16 basis points on each transaction, according to the source. “It’s now a higher level of assurance, quite frankly, than our current world in which a person hands over a card,” says the source, who has spoken about Apple Pay with informed payments executives, most on the merchant-acquiring side. “You can’t ask for a person’s fingerprint at the point of sale.”

It’s not clear who would be liable if an approved transaction proves fraudulent, but in such a case the issuer would be justified in charging the fee back to Apple, according to the source.

Both Visa and MasterCard have launched tokenization services recently. Visa announced its Visa Token Service on Tuesday, but that news was overshadowed by Apple’s announcements. Matt Dill, senior vice president and head of innovation and strategic partnerships at Visa, sees the network’s service as a milestone in card technology. “We’re very excited about the ability of our 9,000 issuers to be involved in the provisioning decision for tokens because we think that is the sea change for digital enablement,” he says.

Like MasterCard, Visa will charge issuers for tokenization services, but Visa is waiving fees through 2015, according to Dill, who would not disclose pricing. “We are not looking to create incremental P-and-L around these services,” he says. “We are seeking to promote core Visa usage.”

Share
Previous Apple Pay Looks To Be a Boost for NFC, But Creates a Question Mark for HCE
Next Capital Prepaid Looks to Extend Prepaid Program Management to Scores of Small Issuers 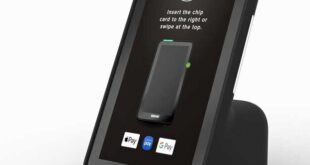 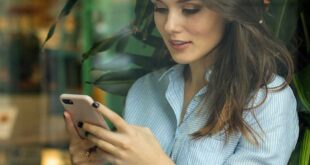 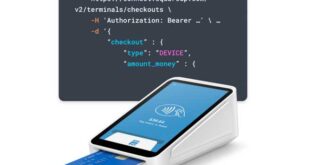