Zelle on Saturday was set to run the first spots in its initial national mass-media marketing campaign, which is centered on the Tony and Grammy Award-winning actor and rapper Daveed Diggs in an effort to appeal to what the bank-controlled person-to-person payments service calls the “mobile majority” of consumers. 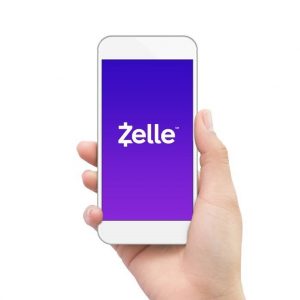 “The message is designed to drive higher engagement by blurring the lines between tech, finance, and entertainment,” Lowry says. “While most non-bank P2P services are targeting only Millennials with their campaigns, we believe that fast, safe P2P payments are not just for the young—they are for everyone who wants to experience the immediacy of money.”

The new messaging is an extension of the “The Way Money Moves” campaign Zelle launched in October. That effort used digital ads that initially appeared on Pandora, Hulu, YouTube, Facebook, and a variety of other Web sites.

The first commercials will run during the NFL’s divisional playoffs that begin Saturday. Zelle TV ads also will be shown during the upcoming Grammy Awards, the NBA All-Star Game, and the Super Bowl LII pre-game show, according to Lowry. In addition, ads will run through March on cable networks and in several print publications. The campaign also includes executions in shopping centers, stadiums, and transportation hubs in Charlotte, N.C., Chicago, Dallas, Los Angeles, New York, and Washington D.C.

With a theme of “Rhythm and Flow,” the campaign features Diggs using raps and asking such questions as “What’s the big deal? Has anyone even heard about Zelle?” Diggs is a rap singer who landed dual roles of the Marquis de Lafayette and Thomas Jefferson in the Broadway smash “Hamilton,” for which he won a Tony and a Grammy award in 2016. He also has appeared in numerous TV shows, including ABC’s Black-ish. “Daveed Diggs has been significantly involved in the creative development of our campaign,” says Lowry. “While Daveed’s star continues to rise, we intentionally chose a creative talent with an authentic connection to the campaign theme.”

Zelle, which has more than 50 bank and processor partners, would not disclose the campaign’s cost. Nor would a spokesperson disclose recent transaction volumes, but the spokesperson did say visits to the zellepay.com site have increased 650% since the October campaign launched.

Zelle launched last summer, though many participating banks were already operating their own P2P services that are now under the Zelle umbrella. One of the biggest, Bank of America Corp., reported Friday that its total Zelle transactions in 2017 hit nearly 68 million, up 84% from 2016. In the fourth quarter, BofA processed more than 23 million P2P transactions, totaling nearly $7 billion, up 91% year over year. BofA said in a statement that it has nearly 3 million active Zelle users “and continues to add thousands of new users every day.”

In the third quarter, Zelle had 60 million P2P transactions valued at $17.5 billion.

COMMENTARY: Why Attrition Is No Longer a Core Metric for Valuing Merchant Portfolios

Strange times. Seemingly overnight, one of the most durable and heavily weighted key performance indicators …