With EMV’s Big Date Just 10 Days off, Consumers Say They’re Not Ready for It

The three-legged stool of merchants, payments companies, and consumers necessary to enable EMV chip card acceptance may be a little wobbly in the early going if the results of a new consumer survey are any indication.

Fifty-nine percent of consumers say they are not ready for EMV, finds a survey from ACI Worldwide Inc. of more than 1,000 consumers. In the survey, conducted in late August, these respondents said they had not yet received a new chip-enabled card.

The U.S. payment card industry’s migration to chip is meant to thwart fraudulent transactions at the point of sale. Beginning Oct. 1, the liability for these transactions will be assigned to the party in a card transaction, whether issuer or merchant, that doesn’t support EMV. Payment companies, such as independent sales organizations and acquirers, are selling EMV-enabled payment terminals to merchants to make chip card acceptance as prevalent as possible.

Some 67% of consumers say they had not received information from their issuer or bank explaining how EMV will affect them. Of those who have a received a chip card, 32% are aware of the EMV migration.

Awareness, however, is better among younger consumers than with older ones. ACI’s survey found that while 80% of 18-to-35 year olds are aware of EMV, only 66% of those who are 65 or older are. Interestingly, those between 55 and 64 years of age have the highest awareness—86%—of EMV.

Share
Previous Only 27% of Merchants Are EMV Ready, but a Surge May Be Coming
Next COMMENTARY: Five Questions Merchants Should Ask About EMV Terminals 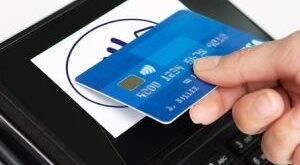 Increasing issuance of contactless cards, along with stronger demand from instant-issuance platforms, are generating tailwinds …