The Federal Trade Commission this week announced a settlement with an independent sales organization that processed $80 million in payments for “My Online Business Education,” or MOBE, a business-coaching and investment opportunity the FTC deemed fraudulent and shut down in 2018.

Under an order and permanent injunction in U.S. District Court in Orlando, Fla., Qualpay Inc. is banned from processing payments for business-coaching companies or other merchants designated as high-risk for various reasons. The settlement also bans Qualpay from making, or assisting merchants in making, deceptive statements to consumers or working to avoid fraud or risk-monitoring programs. Qualpay further is required “to engage in careful screening and monitoring of card-not-present merchants.”

The court suspended a $46.8 million judgment against Qualpay due to the company’s inability to pay.

“Notwithstanding its disagreements with the FTC on the facts, Qualpay believed that the settlement agreement was preferable to protracted litigation with the federal government,” Qualpay lawyer Edward A. Marshall said in a statement to Digital Transactions News.

The Qualpay settlement came just two weeks after the FTC announced a $40 million settlement with Fiserv Inc. over the actions of an ISO client of First Data Corp.’s, which Fiserv acquired last year.

The FTC’s civil complaint against Qualpay says MOBE defrauded “tens of thousands” of consumers of more than $300 million from 2013 until it was stopped from doing business. The firm claimed “to offer a simple 21-step system that consumers could use to start an online marketing business and generate substantial income,” the complaint says. “Contrary to these representations, most consumers that purchased MOBE products suffered devastating financial losses.”

MOBE was headquartered in Malaysia but primarily sought customers in the United States through the Internet, live events, telemarketing, and a network of coaches and affiliates, according to the FTC. “MOBE sold ‘memberships’ costing tens of thousands of dollars through its ‘training’ program and through live events using blatantly false and exaggerated earnings claims such as: ‘How Anyone Can Make Up To $1,000 in a Single Day Working From Home in as Little as 45 Minutes A Day.’ MOBE also had an ‘F’ rating from the Better Business Bureau.”

According to the complaint, Qualpay ignored numerous signs that MOBE was a fraudulent business. At least seven different payment processors refused to do business with MOBE between November 2015 and December 2016 because of its high chargebacks and other risk factors, the FTC said. Qualpay, an ISO for Synovus Bank, processed payments for the merchant January 2017 until June 2018, when the FTC obtained a temporary restraining order that halted MOBE’s operations.

MOBE quickly showed signs of trouble. By the end of March 2017, only two months after it became a Qualpay client, the company had submitted payment volume of $6 million, nearly five times higher than the $1.25 million in volume for which it had been approved, the complaint says. In aggregate, MOBE had a chargeback ratio of 2.54%—well above payment-network thresholds for fines or placement in monitoring programs—excluding 1,200 chargebacks it prevented by issuing refunds to customers after being alerted to the disputes by a chargeback-prevention vendor.

But Marshall, a partner at the firm of Arnall Golden Gregory LLP in Atlanta, said, “The narrative presented by the FTC takes many facts out of context and fails to mention many other relevant facts, including all the steps Qualpay took to monitor the MOBE accounts.”

“The reality is that Qualpay worked hard to ensure that MOBE operated within the parameters established by the card brands,” Marshall said. “When certain MOBE business lines failed to do so, Qualpay terminated those accounts and prohibited MOBE from using Qualpay to process similar transactions. Had Qualpay determined that MOBE was engaged in unfair or deceptive practices towards consumers, it would have terminated the relationship completely—full stop.” 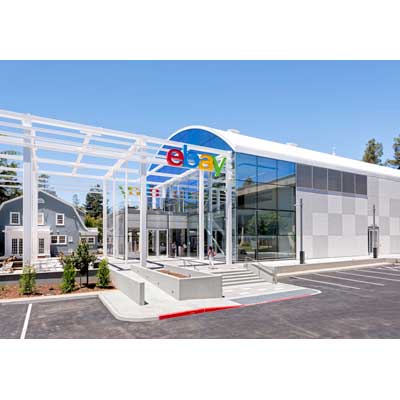