Restaurant volume fell from 42 million transactions to 11 million, a 74% decrease for the period from the week of February 2 to the past seven days. The early week in February was selected as a baseline because it lacked abnormal trends, such as Valentine’s day, says D. Taylor Lauber, Shift4 chief strategy officer. The week also predated any noticeable impact from the Covid-19 infection.

Volume at hotels decreased by a larger percentage, plunging from 144 million transactions to 20 million, an 86% drop. For all other industries, volume went from 13 million to 5 million, a 64% decrease.

States with the largest declines include California and Illinois, each 91%, and Texas and New York, each at 89%.

Shift4 released the data, culled from the more than 200,000 businesses it works with that process more than 3.5 billion annual transactions, as part of its new Shift4Cares.com program. The Web site enables consumers to purchase gift cards to use at local hospitality merchants that use Shift4 point-of-sale systems. Shift4 will contribute an additional 5% of the amount. The Allentown, Pa.-based company’s goal is to raise at least $200 million for these small businesses. Shift4 will donate up to $10 million.

Shift4’s site enables visitors to search by ZIP code to gauge the impact. For example, the 60601 ZIP code in Chicago’s Loop shows an 86% decrease in restaurant transaction volume and a 98% decrease for hotels. Other business volume fell 59%.

“The data is truly staggering, and our hope is that making it widely available will encourage the U.S. government to act on behalf of the country’s hospitality business community and provide the relief that these industries desperately need as a result of COVID-19,” Jared Isaacman, Shift4 chief executive, said in a statement.

Shift4’s experience is shared across the payments industry. Square Inc. said some of its merchants experienced a 45% decrease in payment volume in recent days.

And data from Womply, which provides data services to small businesses, said revenue at lodging establishments was down 62.7% year-over-year on March 13. CardFlight Inc., too, had similar merchant volume decreases earlier this month. 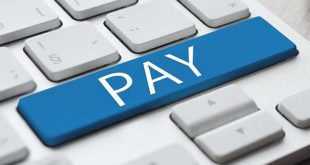 Switched transactions dipped 1% for the week ended Feb. 21 for Mastercard Inc. compared to the same …