With the closing of three megamergers this year, one might think investment opportunities in payments and acquiring could shrink. But that would be an error.

That was the assessment of investment professionals speaking Thursday at the Western States Acquirers Association annual conference in Rancho Mirage, Calif.

“It’s a massive industry. It crosses all industries and geographies,” Howard Mergelkamp, a partner at Mosaik Partners, a San Francisco-based investment firm, said about the payments industry. “It’s been around a long time. It has a lot of friction points that technology is very helpful solving.” He and Howard Herndon, a payments attorney at Cincinnati-based Frost Brown Todd LLC, spoke about how investors view payments, especially in the wake of this year’s mega-mergers of Fiserv Inc. and First Data Corp., Fidelity National Information Services Inc. and Worldpay Inc., and Global Payments Inc. and Total System Services Inc. (TSYS). The Global-TSYS combination closed this week.

There will be fallout from these mergers, Mergelkamp and Herndon pointed out. One example is an inability to quickly innovate, which could make smaller companies that can acquisition targets for these behemoths. Another is that mergers generally result in redundant jobs, which releases many individuals with expertise and money to create new companies, which might seek investors. “This dynamic will continue on,” Herndon said. “If things aren’t changing, that’s when it’s bad.”

Neither Mergelkamp nor Herndon see any easing in investor interest. “It’s recurring revenue and it’s predictable,” Herndon said. Payments companies generally are scalable and have a unique distribution channel, he said.

Uniquely, the payments industry—and specifically the acquiring component, which relies on sales agents to reach merchants—presents opportunity for investors, Mergelkamp said. “From our perspective, distribution is key,” he said. “We look for products that solve a real problem, not a hypothetical one. And then it’s how you get it out.”

From Mosaik’s viewpoint, which labels itself an early-stage investor for companies with products that are ready for customers, the independent sales organization is a vital component of success. “From our perspective, we believe that working with current distribution model is the fastest way to distribute the product,” Mergelkamp said. Though some organizations have successfully gone around the sales-agent channel, doing that is an uphill battle for most, he said, adding, “They don’t tend to replace current distributors.”

The essential aspect of the sales agent model is the relationship formed with merchants, Herndon said. “It’s a matter of trust,” he said. “That’s something that is not replaceable.” 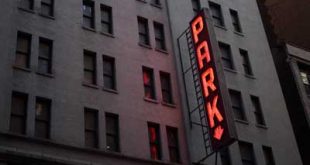 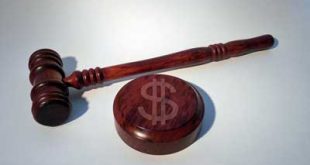