Payment Stocks Rebounded in June After a Month in Negative Territory

Stocks of publicly traded payments companies returned to positive territory in June to beat the major market indexes once again after going negative in May. Payments firms also exceeded the market in the year’s second quarter and first half, according to an analysis released Wednesday.

A basket of 29 payment stocks tracked by Chicago-based Barrington Research Associates Inc. posted a mean return of 9.19% in June, besting the Nasdaq Composite Index, which rose 7.42%, the Dow Jones Industrial Average, up 7.19%, and the Standard & Poor’s 500 Index, up 6.89%.

The processors had posted a 2.57% negative mean return in May, when the broader markets were in retreat over concerns about tariffs and a potentially softening economy. 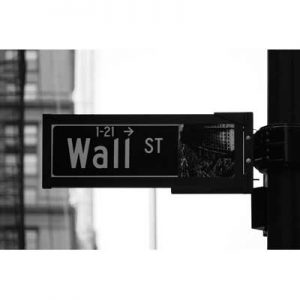 The worries seem to have eased last month, and in the payments sector investors looked favorably on a number of individual companies. Struggling wire-transfer provider MoneyGram International Inc. led the pack by far, with its shares jumping 77.7% mainly on news that Ripple Labs Inc. had invested $30 million in the company and might inject another $20 million later. The No. 2 June gainer was Square Inc., up 17.08%.

The processors’ gains have come despite a backdrop of reductions in consensus analyst estimates for earnings per share, notes Barrington Research managing director Gary Prestopino. Since the start of 2019, analysts have reduced their 2019 EPS expectations on 16  payments companies while increasing only 12. Regarding expectations for 2020, there have been 14 reductions and 13 increases.

Why the price appreciation when analysts are tightening their profit estimates? “That’s one of the great mysteries of the world,” Prestopino tells Digital Transactions News. But he notes that some smaller payments companies have enjoyed big price gains and have pulled up the whole group. The six-month leader is Everi Holdings Inc., up 131.7%, Payment Data Systems Inc. (recently renamed Usio Inc.), up 108.4%, and USA Technologies Inc., up 91%.

Prestopino notes that he’s said it before, but the recent gains show “these companies have such good recurring-revenue business models and have a high predictability. They’re pretty steady.”

Only four companies lost ground in the first half. The worst performer was prepaid and banking-services provider Green Dot Corp., whose shares declined 38.52%.

Share
Previous Adyen Adds Interac Debit on Mobile and other Digital Transactions News briefs from 7/3/19
Next COMMENTARY: From Channel to Consumer: Humanizing Payments (Part I)

The number of ATMs providing the option of cardless withdrawals rose 26% in 2019, says …