Can MoneyGram And Ripple, ‘Two Wounded Ducks,’ Take Flight With Their New Pact?

As part of the deal, Ripple invested $30 million into Dallas-based MoneyGram through purchases of new common stock, and might buy up to another $20 million in stock or warrants later. MoneyGram’s stock, which closed Monday at $1.45 per share, rocketed immediately after the companies announced the partnership when the market closed, and in mid-morning trading Tuesday was valued at $2.89 per share, up 100%.

San Francisco-based Ripple and MoneyGram are no strangers to each other, having announced early last year that MoneyGram would test Ripple’s XRP digital currency. Under the new, two-year agreement, MoneyGram will use Ripple’s xRapid product and the RippleNet platform while deploying XRP in foreign-exchange settlement as part of its cross-border payment process. MoneyGram said the partnership should reduce costs and better match the timing and funding needs of cross-border payments than traditional processes. 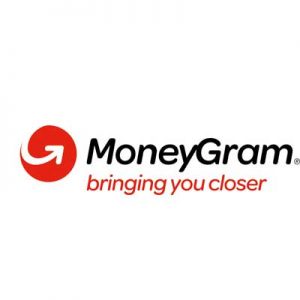 “I’m extremely excited about Ripple’s investment in MoneyGram and the related strategic partnership,” Alex Holmes, MoneyGram’s chairman and chief executive, said in a news release. “Since our initial partnership announced in January 2018, we have gotten to know Ripple and are looking forward to further leveraging the strengths of both of our businesses.”

Ripple CEO Brad Garlinghouse said in the release that “this is a huge milestone in helping to transform cross-border payments. MoneyGram is one of the largest money-transfer companies in the world, and the partnership will continue to further the reach of Ripple’s network.”

Observers aren’t quite as ebullient. Equity analyst Robert Napoli of Chicago-based William Blair & Co. issued a report saying “we are encouraged by the new investment, but challenges remain” for MoneyGram. Those challenges include seven straight quarters of year-over-year revenue declines, and the overhang of a deferred-prosecution agreement with the U.S. Department of Justice. The agreement is part of a settlement that dates back to 2012 and originated with complaints of alleged fraud by some of MoneyGram’s U.S. and Canadian agents. Under the agreement, an independent compliance monitor will assess MoneyGram’s regulatory compliance and anti-fraud measures until May 2021.

Ripple, too, has had its share of woes, according to researcher Tim Sloane, vice president for payments innovation at Maynard Mass.-based Mercator Advisory Group. He notes in an email that “Ripple has been unable to convert multiple trials into a win for xRapid,” which uses XRP.

“So can two wounded ducks teach each other to fly high?” Sloane wonders. Perhaps. “If Ripple does save money for international remittances, then MoneyGram should become much more competitive in its market,” he says. “This will be a very important proof point for Ripple and for other cryptocurrencies used for remittances.”

QR Codes Reach the Next Stage of Development for Payments: Fraud Detection

Transaction Pricing Levels Out, According to a New Strawhecker Report