Its $22-billion megamerger agreement with First Data sets it up to be a dominant player on both the bank and merchant sides of payments. How will the industry react?

Executives at Fiserv Inc. all but popped champagne corks on Feb. 7 when they spoke to industry analysts about the Brookfield, Wis.-based company’s financial results. It had been about three weeks since Fiserv stunned the payments business with its $22-billion all-stock offer to buy First Data Corp., the big merchant and card-issuer processor, and its officials were finding the firm’s banking clients in a welcoming mood.

Since the Jan. 16 announcement, said chief executive Jeff Yabuki, “We’ve spent a substantial majority of our time talking to clients, and [their] reactions have been incredibly positive.” In fact, he told the analysts, “the feedback has been probably more positive than I would have thought.”

The stock market also smiled on the deal. Between the day of the announcement and Feb. 13, Atlanta-based First Data’s shares rose nearly 18% on the New York Stock Exchange, which overall climbed just less than 5%. Not a surprising result for the acquired entity. Fiserv’s stock, though, shot up 16.2%, well outpacing the Nasdaq’s 5.5% increase (chart, page 22)—a result that surprised some analysts who are accustomed to seeing companies’ shares drop after announcing major deals.

The offer to buy First Data was a surprise on at least a couple of levels. First, the 43-year-old processor had shown few signs it was trolling for a buyer. Indeed, it has itself been a fairly aggressive acquirer since former JPMorgan Chase & Co. executive Frank Bisignano took over as CEO in 2013.

It has been especially keen to build up its fire power in point-of-sale technology (Clover, acquired in 2013), and in merchant sales and integrated payments (BluePay and CardConnect, respectively, snapped up for more than $1.5 billion in 2017).

Second, while some may have mused about a deal for First Data, few people contacted for this story saw Fiserv as the probable buyer. The company enjoys a brisk business in core processing for financial institutions and also runs units involved in digital bill payment and person-to-person transactions. Two areas of overlap are services for bank card issuers and debit card networking, where First Data’s Star network competes with Fisev’s smaller Accel system.

What puzzles some observers is that the combination, after its expected close in the third quarter, will likely yield little in redundant products or services that could be cut or merged to help produce the savings the two parties are counting on. The companies project some $900 million in combined revenue and cost savings annually by year five after the deal closes.

“There aren’t obvious economies of scale because there’s no overlap,” argues Eric Grover, principal at Minden, Nev.-based financial-services consultancy Intrepid Ventures. “They can chop some overhead, but $900 million in duplicative overhead, I don’t think so.”

Still, a deal of this size—almost certainly the biggest of its kind in the history of the U.S. payments business—doesn’t pop out of a vacuum. In different ways, both companies saw advantages that were almost exclusively financial.

First Data would not comment for this story. Fiserv provided a four-paragraph statement lauding the services and technologies the combined entity will be able to deliver. “With this transaction, Fiserv will be better positioned to offer a broader suite of high-value client solutions with an even more extensive range of end-to-end capabilities,” the statement says.

Certainly, Fiserv saw an opportunity to leverage the value of its stock, say some observers. “The EBITDA [earnings before interest, taxes, depreciation, and amortization] coming out of First Data is pretty steady,” says Grover. “Even if those guys go off on a drunk, those businesses are still going to be throwing off cash.”

But perhaps not quite enough cash. First Data’s motivation isn’t hard to see for those who’ve studied its balance sheet. One deal in recent memory that tops this latest one also involved First Data. It was Kohlberg Kravis Roberts & Co.’s $29 billion leveraged buyout, which took the company private in 2007. That’s about $36 billion in today’s dollars. First Data returned to public ownership in 2015, but KKR still controls about 41% of the equity.

More important, though it has been steadily paying down its debt from that deal, the processor is still saddled with an obligation of about $17 billion. For some observers, the Fiserv deal is mostly about that debt, which Fiserv plans to refinance.

“That didn’t give [First Data] a lot of freedom to do things because of the covenants,” says Peter Michaud, director of project management at The Strawhecker Group, an Omaha-based payments consultancy. The covenants are the contracts put in place to control risk by restricting First Data’s actions.

A public offering was a possibility, Michaud explains, but finding a partner was a more appealing option. “They really needed someone with a strong balance sheet and a lot of cash. Frank found the right partner,” he says. So, perhaps, did private-equity giant KKR. It will hold approximately a 16% stake in the new company.

Now, as Michaud says, “innovation is going to be key” for the expanded Fiserv. Payments processing isn’t the staid, back-office function it once was. Relatively recent entrants like Square Inc. and The Netherlands-based Adyen N.V. have grown fast and captured the industry’s imagination with new twists on point-of-sale and gateway technology, respectively.

Investors have taken notice, and so have some of First Data’s traditional competitors. Square has gone from trading in the low $40s a year ago to the mid-$70s in the middle of last month. Adyen went public late last spring at 438 euros per share ($510 then) and closed at mid-month in February at 664 euros ($750).

That’s not even accounting for privately held Stripe Inc., which at its latest valuation is worth fully $20 billion, up from $9 billion. Stripe handles payments for c-commerce and gig-economy firms.

That leaves long-time processors playing catch-up, with some doing so more nimbly than others.

Since 2012, Global has focused intently on buying and forging partnerships with business-software companies specializing in restaurants, health care, and other verticals, with the premise of infusing payments into their offerings.

With tech competition growing more fierce and engendering more value for processors, “getting additional scale makes sense for others that haven’t been able to make those investments,” Sloan said in response to an analyst’s question about Global’s take on the Fiserv-First Data deal.

But the big merger could have other impacts, as well. Some observers point to the access First Data may now gain to the banking connections Fiserv has developed for core processing, peer-to-peer payments, and bill payment.

“The ability to have an extra set of tracks, going over banking rails, is pretty fascinating,” notes Mike Mussaro, chief executive of Flywire Corp., a provider of cross-border payments. “No one is going in that direction. No one else is trying to put those things together.”

Others see potential here, as well. Fiserv runs its own P2P network, called Popmoney, but also connects it to Zelle, the national network created by some of the nation’s biggest banks and operated by Early Warning Services, a bank-owned technology company. P2P payments have been among the first to benefit from banks’ efforts to move money closer and closer to real-time speed.

“First Data has been quiet on faster payments, frankly, but they can benefit from what Fiserv has done to move the ball on that front,” says Sarah Grotta, director of the debit and alternative products advisory service at Mercator Advisory Group, a Maynard, Mass.-based consultancy.

Likewise, that very thing Grover pointed to, a lack of overlap, could ultimately benefit Fiserv. This could start with the basic blocking and tackling of merchant acquiring, which has been a “gap” in Fiserv’s offering, says Patty Hewitt, a former Fiserv executive who is now an independent payments consultant and researcher and one of the few observers who wasn’t surprised to hear of the proposed merger. Through bank joint ventures and other channels, First Data is the biggest U.S. merchant processor.

Fiserv, she says, “looked in the past [at acquiring merchant processors], but the multiples were always too high. There’s only so much market left in core processing. It’s a declining market, highly mature. This is seen as their payments play. It’s been coming for a long time.”

Like Fiserv, FIS has had a hand in technology for real-time payments. “FIS has to take pause,” Hewitt says. “I think FIS has to react.” The logical reaction, she adds, would be to buy a merchant processor.

FIS refused to comment for this story, but CEO Gary Norcross let it be known in the company’s earnings call last month that his company is willing to open its wallet.

“We feel great about the position our company is in, about our ability to compete. That said, we would be interested in [potential deals],” Norcross said. ‘We want to find something that accelerates our growth rate. We think about wholesale banking and payments. There are a number of opportunities.”

But not everyone is enthusiastic about the pending merger. Some see it as likely to suppress innovation rather than energize it.

Aaron Silva, founder of Paladin fs LLC, a firm that helps banks negotiate contracts with companies like Fiserv, fears vendor consolidation will only weaken banks’ position. “It may be good for Fiserv but it’s not good for the industry,” he says.

Rather than innovate internally, he argues, Fiserv and its competitors buy innovative companies and then raise the price of access to the newly acquired technology. “They’re holding on to cash to make acquisitions,” he says. “The fewer the suppliers, the worse it is for banks.”

On the merchant-processing side, Strawhecker’s Michaud has similar questions. For all the financial sense it makes, the deal may leave smaller ISOs in the cold, he warns, adding, “That’s the risk, servicing and customer service.”

2006 – Spins off Western Union as a publicly traded company

2009 – Parnters with BofA to form Banc of America Merchant Services

2011 – Collaborates with Google and other companies to launch Google Wallet

2014 – Becomes a token service provider with launch of Apple Pay

2019 – Agrees to be acquired by Fiserv Inc. in a $22 billion all-stock transaction

Share
Previous Near Field Or Quick Response?
Next So Many Irons in the Fire 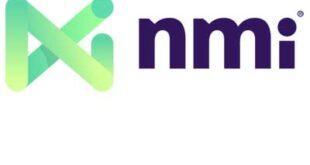 When ISOs and ISVs Converge 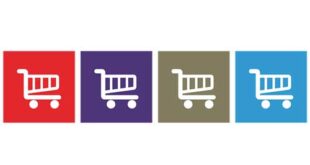